Bo expelled from China's ruling CPC ahead of Nov 8 Congress

Ahead of a generational leadership change in China's ruling Communist Party of China at its key Congress on November 8, the party on Friday expelled disgraced leader Bo Xilai and ordered his trial for shielding his wife's involvement in the murder of a British businessman.

While announcing that the 18th National Congress of the Communist Party of China (CPC) will be held on November 8, the politburo of the CPC Central Committee headed by President Hu Jintao expelled Bo from the party's primary membership.

63-year-old Bo was also removed from the public offices held by him for his involvement in CPC's worst-ever scandal in decades, which came to light after a top police official sought refuge in the US Consulate in Chengdu in February.

This meant that the party has concluded its disciplinary proceedings against him on charges of protecting his wife, Gu Kailai, from the investigations into her role in the murder of British businessman Neil Heywood, who was found dead in November last year at Chongqing, the city then headed by Bo.

The party's decision to hand him over for trial puts to rest speculation that he would be spared as he headed a powerful faction attempting to resurrect hard-line Maoist ideology playing up on the growing rich-poor divide.

Bo's wife Gu was subsequently handed down a suspended death sentence while the former police chief of the city Wang Lijijun, who had escaped to the US consulate fearing reprisals from Bo, was sentenced to 15 years in prison.

Several officials have been given varied sentences for trying to protect 53-year-old Gu.

Significantly, policy documents to be submitted to the Congress and finalised by the politburo meeting here swore by policies of Deng Xiaoping, who opened up China to the West.

"The Congress will hold high the banner of socialism with Chinese characteristics, be guided with the Deng Xiaoping Theory and the important thoughts of 'Three Represents' and thoroughly carry out the Scientific Outlook on Development," according to the proceedings of meeting carried by Xinhua.

The present lot of leaders, including Hu and Premier Wen Jiabao -- all Deng loyalists, are set to retire by the end of this year. The new set of leaders, who would be selected by the Congress, would take over from early next year.

While condemning Bo for trial for "severe disciplinary violations," the Party's Central Commission for Discipline Inspection (CCDI) portrayed him as a womaniser and corrupt official who received huge bribes, denting his image as a pro-poor leader.

The Commission briefed the leaders today about how Wang sneaked into the US Consulate in Chengdu and sought asylum after Bo slapped him for probing Gu's role in Heywood murder.

Investigations found that Bo seriously violated the party discipline while heading the city of Dalian in Liaoning Province and the Ministry of Commerce as well as serving as a member of the CPC Central Committee Political Bureau and party chief of Chongqing Municipality.

Bo had affairs and maintained improper sexual relationships with a number of women, Xinhua quoted the Commission report as saying.

He abused his power, made severe mistakes and bore major responsibility in the Wang Lijun incident and the intentional homicide case involving his wife, the news agency said.

"He took advantage of his office to seek profits for others and received huge bribes personally and through his family," it said.

His position was also abused by Gu to seek profits for others and his family, thereby accepting a huge amount of money and property from others, the report said.

Bo was also found to have violated organisational and personnel discipline and made wrong decisions in personnel promotion, which led to serious consequences.

The investigation also found clues to his suspected involvement in other crimes, Xinhua said.

Bo's behaviour has brought serious consequences, badly undermining the reputation of the party, it said.

Bo, regarded as the charismatic leader popular among the middle and lower-middle classes for his pro-poor rhetoric, became famous after he made it mandatory for Chongqing TV to play old Mao-era revolutionary songs every evening.

While Bo's scandal came at an opportune time for his detractors to condemn him for trial, his entire episode in which Gu entered into millions of dollars of business deals with British businessman Heywood also exposed corruption at the higher echelons of the party that has monopolised political power since 1949. 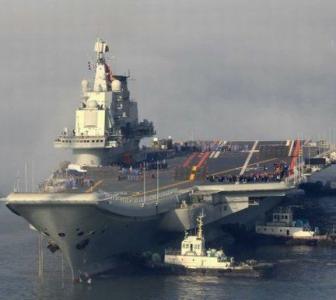