In its most direct attack on the Lok Janshakti Party, the Bharatiya Janata Party on Friday accused its president Chirag Paswan of trying to create confusion by harping on his relations with senior leaders of
the saffron party, and asserted that it had no ties with the LJP. 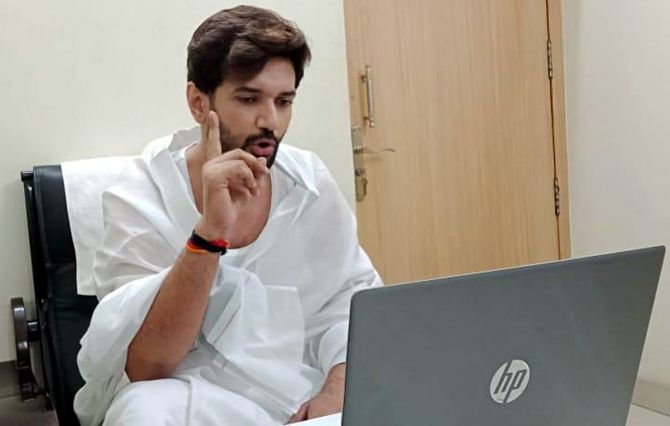 Paswan has been lauding the BJP and its top leaders like Prime Minister Narendra Modi and Home Minister Amit Shah, while attacking Janata Dal-United president and Bihar Chief Minister Nitish Kumar, giving rise to speculation that he has some tacit understanding with the saffron party.

"We want to make it clear that we have no relations (with LJP), and we do not like this politics of spreading confusion," BJP leader and Union minister Prakash Javadekar said.

He and other BJP leaders also mocked the LJP as a "vote katua" (eating into votes of others) party which will not be able to make much impact in the elections.

Seeking to dispel any impression of a behind-the-scenes pact with LJP, which walked out of the ruling National Democratic Alliance in Bihar and is contesting the assembly polls on its own, Javadekar asserted
that the saffron party has no "B, C or D team".

The BJP's attack on the LJP came amid Paswan's continuous criticism of Kumar and effusive praise for Modi. He has also been claiming that a BJP-LJP alliance will form government in the state after the polls.

The LJP also released videos of its founder Ram Vilas Paswan, who was a minister in the Modi government and died recently, as it stepped up its call to oust the Kumar-led dispensation in Bihar.

There is a view that the LJP, which has been contesting on seats where the JD-U is in fray, may end up damaging Kumar's party by attracting a section of NDA supporters. And the BJP's unambiguous statement on Friday seems to be aimed at assuaging its main ally and send out a clear message to voters.

Some LJP candidates in the state have also used Modi's photographs in their campaign.

Senior BJP leaders, including party general secretary Bhupender Yadav, too hit out at Paswan. He accused Paswan of practising the "politics of lies", saying he had been praising the Bihar government until
February this year.

"Chirag should not either live in illusion or nurse any illusion or spread illusion," Yadav tweeted, as he condemned the LJP president's sharp comments targeting Kumar.

Javadekar said the alliance of the BJP, JD-U, Jitan Ram Manjhi's HAM-S and Vikassheel Insaan Party will win three-fourth majority in the state.

He also termed the opposition alliance of the RJD-Congress-CPI-ML as "unholy".

"The LJP is doing politics of spreading confusion and lies and this is very unfortunate," he said.

Attacking the opposition, he used the term "ugrawadi" (militant) for the CPI(ML).

The Bihar polls are scheduled in three phases on October 28, November 3 and November 7. The counting of votes will be done on November 10. 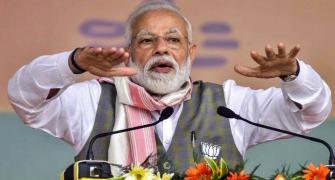 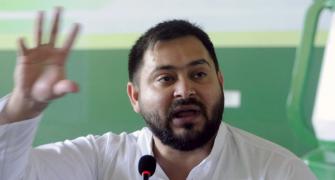