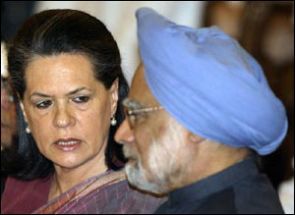 The Bharatiya Janata Party on Wednesday sought public views on the 'charge sheet' it intends to prepare in seeking to corner the UPA government over its "failure" on several fronts and to highlight the scams unearthed during the present regime.

The Chargesheet Committee constituted under the aegis of the BJP Campaign Committee launched an effort to "crowd source" inputs in preparing the charge sheet against the Congress-led UPA ahead of the next general elections.

In a joint statement, Deputy Leaders of Opposition in Rajya Sabha and Lok Sabha Ravi Shankar Prasad and Gopinath Munde said the BJP shall as a team, go to different parts of the country and through 'Jan Sampark' or 'direct people's contact' programmes elicit views from the public at large.

"We invite people of India to actively participate in this crowd sourcing exercise," the statement said.

"This way we feel the voice of the people will also actually find a place in the charge sheet we are preparing. The series of corruption making the Congress-led UPA as the most corrupt government in independent India will be highlighted," the statement said.

The two leaders said corruption has also led to unbridled price rise and people today find the simple onion as expensive as a litre of petrol.