The BJP general secretary said it was untenable for them to continue in the alliance. 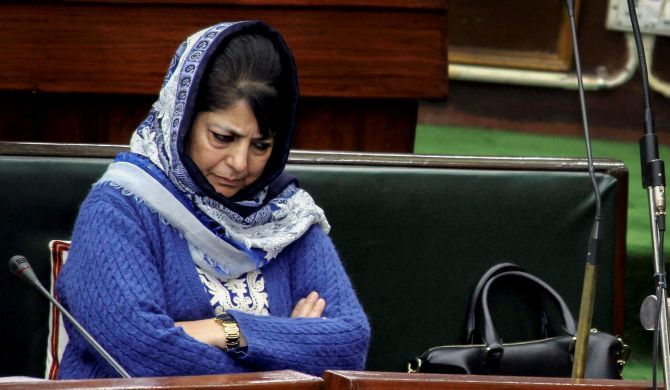 The three-year-old Jammu and Kashmir government, wracked by bitter political feuds and worsening security challenges, collapsed on Tuesday with the Bharatiya Janata Party pulling out of its alliance with the People's Democratic Party, setting the stage for yet another round of governor's rule.

BJP general secretary Ram Madhav made the surprise announcement after the party high command summoned its Jammu and Kashmir ministers for emergency consultations in New Delhi.

"It has become untenable for the BJP to continue in the alliance government in the state," Madhav told reporters at a hurriedly called press conference in the national capital.

Presenting her point of view, Mehbooba said in Srinagar that the PDP has always maintained that a muscular security policy would not work in the state and reconciliation was key.

"We will continue to strive for dialogue and reconciliation in Jammu and Kashmir," the PDP leader said after submitting her resignation as chief minister and added that the alliance with the BJP was not for power.

The Governor's rule in Jammu and Kashmir is now imminent.

The Union Home Ministry has received a report from Governor N N Vohra and necessary action is being taken on it, according to a ministry spokesperson.

Vohra forwarded his report to President Ram Nath Kovind for imposition of Governor's rule in Jammu and Kashmir after the BJP pulled out of the coalition government and Chief Minister Mehbooba Mufti tendered her resignation, a Raj Bhawan spokesperson said in Srinagar.

Union Home Minister Rajnath Singh held a high-level meeting at his residence with Home Secretary Rajiv Gauba, and senior officials of the Intelligence Bureau and his ministry to assess the ground situation in the sensitive state.

In all states of India, the state government's failure results in President's rule. The process is slightly more nuanced in Jammu and Kashmir where not the President's but Governor's rule is imposed.

Under the provision of Section 92 of the Jammu and Kashmir Constitution, Governor's rule is imposed for six months, but only after the consent of the President of India.

The Constitution of India grants special status to Jammu and Kashmir among Indian states, and it is the only state in India to have a separate Constitution and regulations specific to it.

The President's rule in other states of India is imposed under Article 356 of the Constitution of India.

National Conference leader Omar Abdullah, whose party is the third biggest in the assembly, captured the drama with one sentence, "I wish Mehbooba Mufti had resigned herself... instead of having the rug pulled from under her feet."

The BJP won 25 seats and the PDP 28 in the 87-member assembly and came together in alliance, two months after the December 2014 elections. The NC has 15 seats, the Congress 12 and others seven.

Although the BJP and the PDP had campaigned vigorously against each other, they came together with an Agenda of Alliance in the hope of pulling the state out of the cycle of violence. But the Alliance never took hold and the two parties disagreed on most issues even as the security situation continued to deteriorate.

Both Omar and the Congress said they will not form an alliance with any party to form government in the state. Mehbooba also said she had told the governor that her party would not go into any other alliance.

Immediately after his news conference, senior PDP minister and the party's chief spokesperson Naeem Akhthar told reporters in Srinagar that the BJP's decision had caught the party by surprise.

The BJP blamed the PDP for failing to improve the security conditions in the Kashmir Valley. Madhav cited last week's killing of senior journalist Shujaat Bukhari in the heart of Srinagar in the highly secured area of Press Enclave by unidentified gunmen. The same day -- two days before Eid -- an Army jawan was abducted while going on Eid leave and killed.

"Keeping in mind that Jammu and Kashmir is an integral part of India and in order to control the prevailing situation in the state, we have decided that the reins of power in the state be handed over to the governor," Madhav added.

Terrorism, violence and radicalism have risen and the fundamental rights of citizens, including right to life and free speech, are in danger, the BJP leader said.

In Srinagar, Mehbooba countered the allegations and listed her government's achievements.

"We have been able to withdraw 11,000 cases against the stone pelters, given an offer of talks with all shades of opinion by none other than Union Home Minister (Rajnath Singh) and brought about a unilateral ceasefire," she said.

BJP leader and Deputy Chief Minister Kavinder Gupta told reporters in Delhi that he and his ministerial colleagues have submitted their resignations to the governor as well as to the chief minister.

"Centre did everything for the Valley. We've tried to put a full-stop to the ceasefire violations by Pakistan. PDP has not been successful in fulfilling its promises. Our leaders have been facing a lot of difficulties from PDP in developmental works in Jammu and Ladakh," Madhav said.

"We are not questioning the intentions of PDP but they have failed in improving the condition of life in Kashmir," he added.

National Conference leader Omar said the timing of the BJP's decision had taken him by surprise.

Senior Congress leader Ghulam Nabi Azad said the BJP had committed a "Himalayan blunder" by forming a government with the PDP.

He said the BJP, a national party, should not have allied with PDP, a regional player.

"The regional parties should have been allowed to form an alliance among themselves," he told reporters. 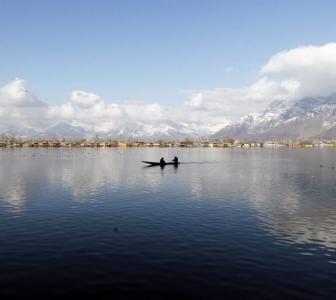 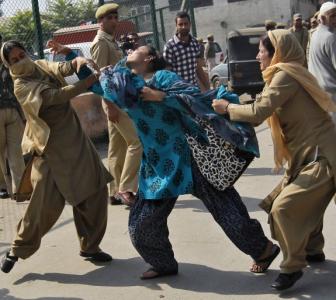 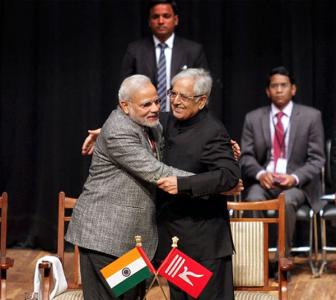