The BJP's Madhya Pradesh unit said a decision on return of Uma Bharti would be taken by the party's parliamentary board.

Asked about possible return of Bharti against the background of former Union Minister Jaswant Singh being taken back into the party, Madhya Pradesh BJP president Prabhat Jha said that a decision in this regard will be taken by the BJP's Parliamentary Board.

"There is not much in our hands as far as return of Bharti into the BJP is concerned. The Parliamentary Board's secretary, Anant Kumar has already stated clearly that any decision on the issue will be taken by the board only," Jha told reporters.

To a question on Jaswant Singh's return, he said that since it was not proper for a man of his age to be at any other place, the party has decided to take him back.

The expulsion of Singh was not associated with indiscipline, but he was expelled from the party for praising Pakistan's founder Mohammad Ali Jinnah, he added. 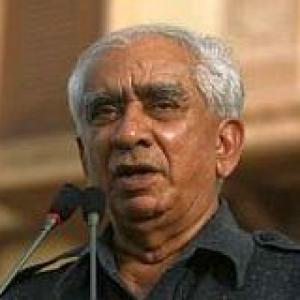