As Haryana is headed for a hung assembly as per the latest trends, the Bharatiya Janata Party high command is understood to have summoned Chief Minister Manohar Lal Khattar to Delhi. 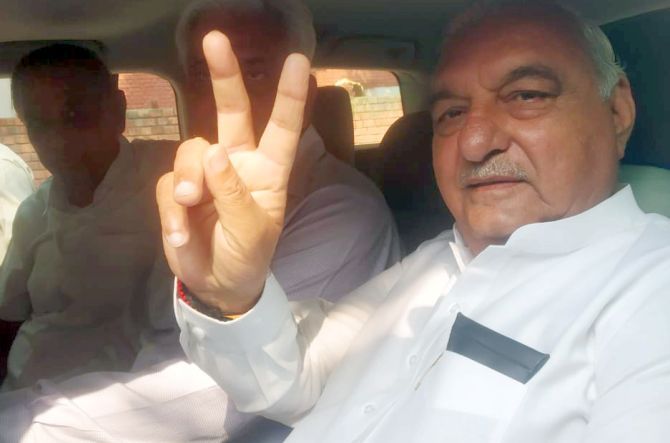 Gandhi has already spoken with Hooda and given him the go-ahead to work towards forming the government, sources said.

"Former Haryana CM Hooda is already in touch with Jannayak Janta Party and Independents," a source close to him said.

As per the latest trends, the BJP and Congress is neck-and-neck with 35 seats. The fledgling JJP, which fought its maiden assembly polls, is also ahead in 10 seats.

Former MP Dushyant Chautala, who is way ahead of his closest rival BJP's Prem Lata, wife of former union minister Birender Singh from the Uchana Kalan seat, is likely to be the kingmaker in the formation of the new government in Haryana.

"So far, we have not taken any call on supporting other party... we have convened the working committee meeting of the party tomorrow," Chautala said, adding that his party would play a crucial role in the formation of the government.

Meanwhile, JJP supporters and party workers, including women, were seen celebrating in front of the JJP's office in Jind. The workers distributed sweets among each other and exuded confidence that Chautala would be the next chief minister. 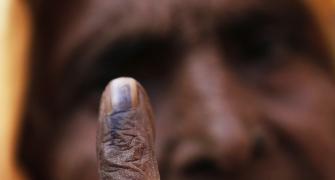 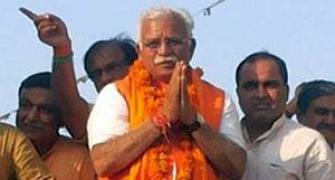