News
Business
Movies
Sports
Cricket
Get Ahead
Money Tips
Shopping
Sign in  |  Create a Rediffmail account
Rediff.com  » News » BJP can reduce to 50 seats in 2024 if...: Nitish ahead of Delhi visit

Bihar Chief Minister Nitish Kumar on Saturday asked opposition parties to bury their differences to forge national unity, saying they can together reduce the Bharatiya Janata Party to 50 seats in the 2024 Lok Sabha polls. The Janata Dal-United, whose office bearers are meeting in patna for two days, also charged the BJP-led central government with imposing an "undeclared emergency" in the country, "misusing" probe agencies to silence opposition voices and stoking "communal frenzy" in society.

Addressing the party's national executive meeting, Kumar, who snapped ties with the BJP last month, claimed his only goal is to work for uniting the Opposition to unseat the saffron party from power, amid a buzz within his JD-U that he may emerge as the prime ministerial face.

If all opposition parties fight unitedly, the BJP tally will be confined to 50 seats, Kumar told a meeting of JD-U's state executive of Bihar before its national executive meeting.

Party leader and Bihar Rural Development minister Shrawan Kumar told reporters Kumar has been authorised to work for uniting opposition parties and said a "united opposition under the leadership of Kumar is the need of the hour to take on the BJP in the 2024 Lok Sabha elections."

A party resolution said Kumar's "vision and mission" behind Bihar's development have been praised in and outside India. The JD-U leader may reach Delhi on September 5 to meet several opposition leaders, party sources said.

The JD-U also accused the ruling BJP of having "authoritarian" tendencies and destabilising non-BJP governments in several states, including Delhi and Jharkhand besides Madhya Pradesh and Maharashtra earlier.

The no-holds-barred attack from the party came as it lost four of its five MLAs to the ruling BJP in Manipur.

The meeting passed two resolutions, accusing the central government of labelling the democratic right of dissent as "treason".

The resolution said the country is looking for an alternative to the BJP and asked all opposition parties to sink their differences and unite.

"Opposition unity is the need of the hour in national interest," it said.

The party also accused the BJP of stoking a "communal frenzy" in the country.

"Minorities are being targeted. Intolerance and extremism have increased in society. Dalits and tribals are being harassed. Emotional issues linked to religion are being raised to create tension and conflict in society as part of a conspiracy," it alleged.

With Kumar targeting the BJP for not adhering to "coalition dharma", his party noted the saffron party has no longer any "important" ally.

"The country is passing through a crisis. The Centre has breached democratic values and constitutional norms and is inching towards authoritarianism. It is paying no attention to people's problems," it said.

The JD-U attacked the BJP-led government at the Centre over the issue of price rise and "rising" poverty and unemployment. The economy has been weakened since demonetisation but people are being shown the dream of "Vishwa guru", it said.

New slogans are being thrown around to divert people's attention from livelihood issues, it alleged, and also attacked the Centre for 'Agniveer' scheme for short-term employment in the armed forces.

The Bihar party listed its reasons for snapping ties with the BJP, including the "conspiracy" against it in the 2020 assembly, not according special category status to the state, denying it due representation in the Union government and breaking away its legislators in some states.

It also cited the Centre not agreeing to the state's demand for caste census as an issue.

The JD-U national council will meet on Sunday.

Senior JD-U leader and Bihar Minister, Ashok Choudhary said, "All leaders welcomed Nitish Kumar's decision to snap ties with BJP-led NDA. It was also unanimously decided that the party will not allow BJP to destroy the communal harmony and dignity of the Constitution."

Party general secretary Afaque Ahmad Khan accused the BJP of spreading "hatred" and said Kumar can work to bring together people from diverse backgrounds to fight against the wrong policies of the BJP government. 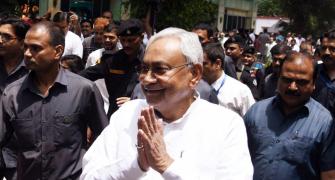 Nitish made a call to Sonia before ending BJP ties 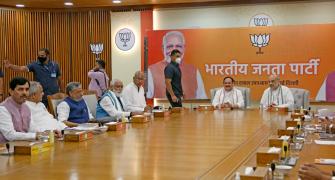 BJP picks up the pieces in Bihar after Nitish blow 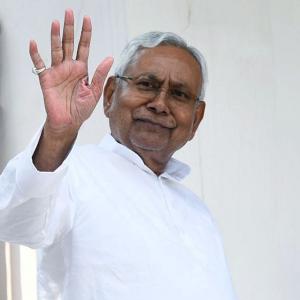 Is it Constitutional, asks Nitish after Manipur coup