BJP, AAP clash in RS over water quality in Delhi

Bharatiya Janata Party and Aam Aadmi Party members clashed in Rajya Sabha on Friday over the quality of water being piped to households in the national capital, prompting an angry response from Chairman M Venkaiah Naidu who asked members to maintain decorum. 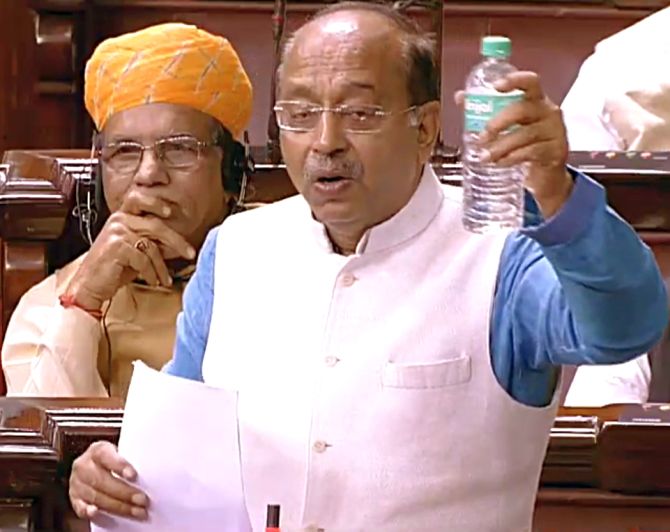 Trouble started when BJP's Vijay Goel was called to make his Zero Hour submission on the quality of water in Delhi.

As Goel began speaking on the "poor quality and unsafe water" in Delhi, AAP's Sanjay Singh started countering him in a loud voice.

Naidu ordered that Singh's comments would not go on record and should not be reported. He asked him to sit down as no allegation against any person or government has been made.

"Are you the minister to correct it," he asked Singh.

Naidu also told Goel that any display of articles published in newspapers, or any other items such as air purifiers, water bottles or pollution masks is "totally unauthorised and is not allowed in the House.

The BJP leader had displayed newspaper articles during a short duration discussion on pollution in Delhi on Thursday.

Naidu said no member can bring pressure on the Deputy Chairman by such actions.

Rajya Sabha was being presided over by Deputy Chairman on Thursday when Goel had displayed the news article.

"Please follow rules, decency and decorum," Naidu said, adding Rajya Sabha is a House of Elders and is supposed to live up to its name.

In his Zero Hour submission on Friday, Goel said quality of water supplied in Delhi is a matter of concern as most households either use ROs to filter it or consume bottled water.

He said Delhi needs 3,800 million litres of water a day but in absence of adequate supplies, residents have to depend on borewells to serve their needs.

As much as 40 per cent of the water piped in the city is being wasted during transmission due to leakage and theft, he said, adding 25 per cent of the habitation particularly unauthorised colonies had no water pipelines.

Sale of air purifiers and ROs in Delhi would bear testimony to the quality of water and air in the national capital, he said.

On the AAP countering the report of water samples tested by the Union consumers affairs ministry, he said Union Minister Ram Vilas Paswan has suggested that teams of officials drawn from the Centre and Delhi government be constituted for collecting samples and testing.

He questioned the delay in constituting such teams.

Goel was constantly countered by AAP's Singh only to be overruled by Naidu. 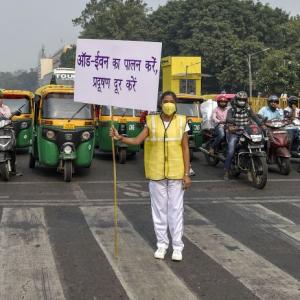 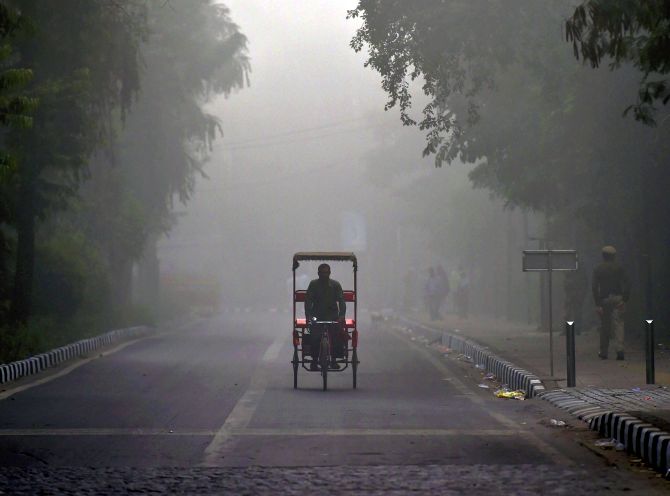