Normal life in Bihar was on Friday affected by a dawn to dusk `bandh' called by students' bodies in protest against anomalies in the format of exams conducted by the Railway Recruitment Board and police high handedness against protesting students. 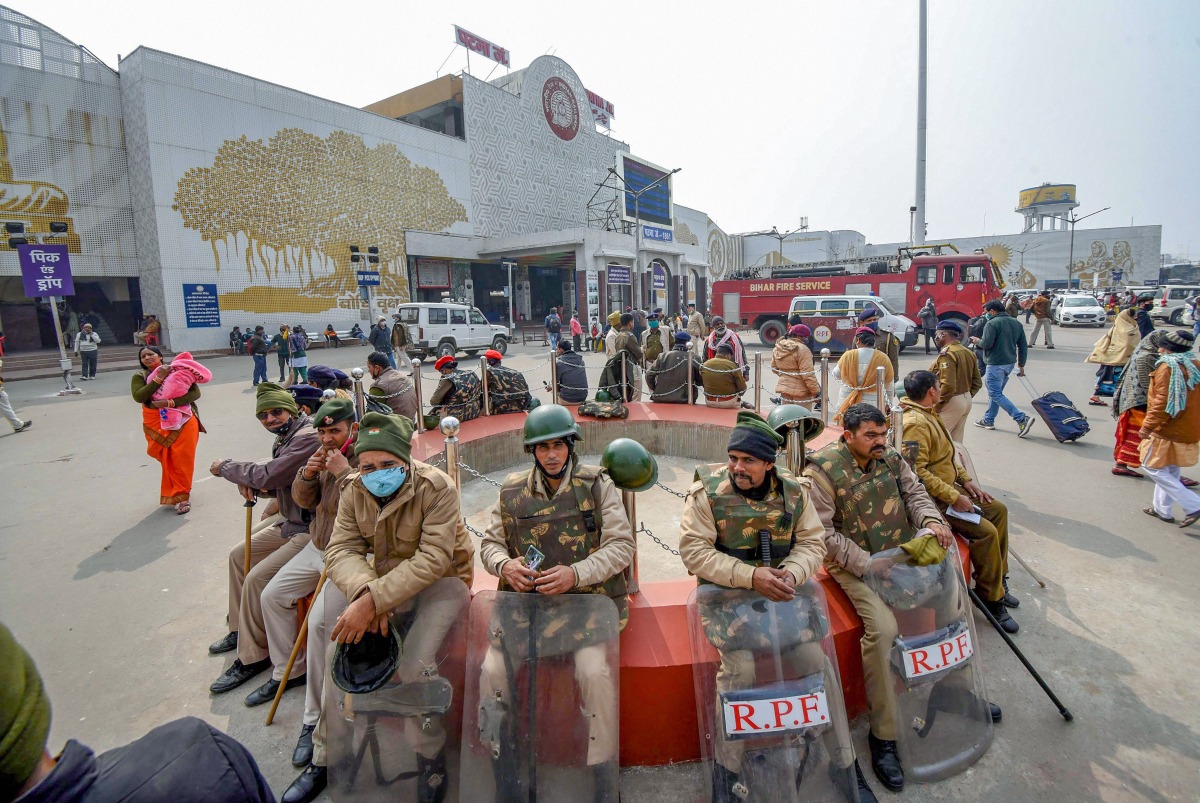 Opposition parties like the Rashtriya Janata Dal, the Left and the Congress extended their support to the bandh, took active part in many places and expressed satisfaction over its  "success" .

The Bharatiya Janata Party, which is in the focus of the agitation as it rules at the Centre besides shares power in the state,  urged the student community to have faith in the Narendra Modi government and be wary of playing into the hands of RJD-led opposition.

The problem for the BJP is that it faces assembly elections in Uttar Pradesh where the agitation has spread and where happenings in Bihar have repercussions.

State BJP president Sanjay Jaiswal came out with a Facebook post claiming that he has personally spoken to Railway Minister Ashwini Vaishnav who has assured that concerns of the aggrieved examinees will be squarely addressed.

"Ashwani Vaishnav is a former IAS officer who began his career by cracking a tough competitive exam. Yours truly earned his MBBS after much academic rigor. You (students) can count on us", said Jaiswal.

In a thinly veiled attack on Lalu Prasad's RJD, he added "those who have depended on capture of polling booths, for whom kidnappings and murders were political tools, will only take advantage of you".

The day went off peacefully barring skirmishes between policemen and bandh supporters at many places.

There was no incident of full blown violence and rail traffic, which had been hit during recent stirs, was spared on the day.

Road traffic was, however, affected as bandh supporters placed burning tyres at crossroads in cities and on the highways, resulting in long queues of stranded vehicles. 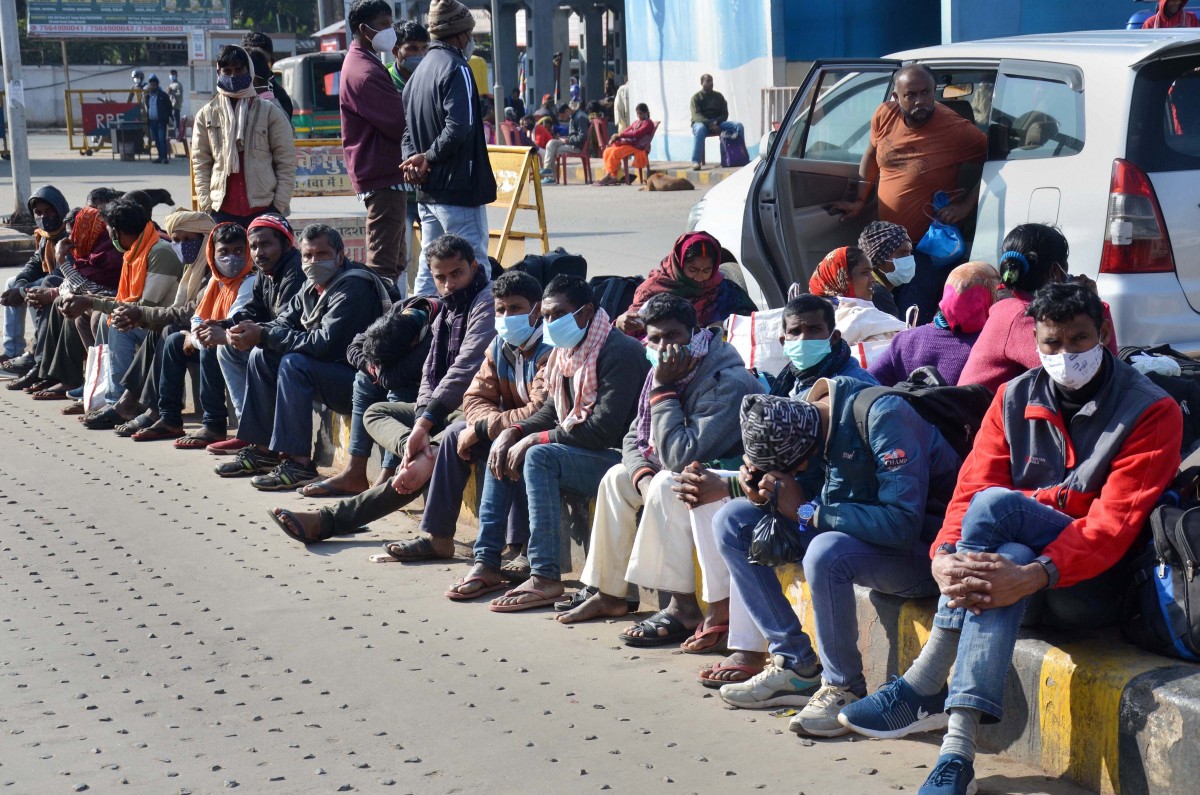 IMAGE: Passengers wait for their connecting trains outside the railway station in Ranchi, January 28, 2022. Several trains from Bihar were delayed due to the Bandh called by students over alleged erroneous results of the Railway Recruitment Board-Non Technical Popular Categories (RRB-NTPC) exams. Photograph: PTI Photo.

The police said some bandh supporters were apprehended at places where they caused much trouble and tried to intimidate shopkeepers to down their shutters, though details were not available.

The men in uniform have been drawing flak from political parties, including Chief Minister Nitish Kumar's Janata Dal-United, for lodging cases against agitators which has given rise to a volatile situation.

The students have been hitting the streets ever since results of entrance tests for the Non Technical Popular Category were declared by the Railway Recruitment Board.

They have been livid that the RRB was far from completing selection process for 30,000 vacancies nearly three years after advertising the posts. Moreover, there have been goof-ups like candidates "with more than one roll number".

Introducing an extra screening test for Group D has also been resented by the candidates who say the jobs are not of a highly skilled nature and hence a complex selection process was unnecessary.

The Railway Board recently put on hold the selection process and set up a high powered committee, inviting suggestions from the aggrieved students. 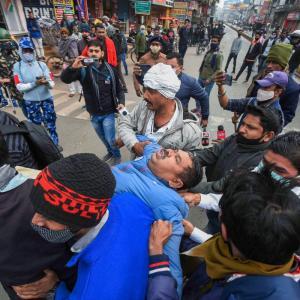 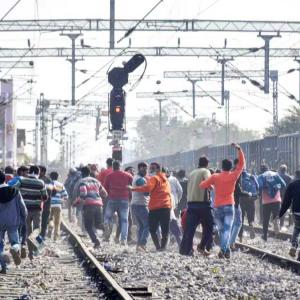