Even as the row over Amitabh Bachchan's presence at a Mumbai function refuses to die down, the megastar has claimed that his son Abhishek's posters were "apparently" removed from the venue of WWF's Earth Hour event in New Delhi attended by Chief Minister Sheila Dikshit.

34-year-old junior Bachchan also tweeted that a video message featuring him was not shown at the event.

"A few hours before the show was to start apparently the audio visual featuring Abhishek had been asked to be removed and banner posters bearing his photograph as ambassador had been stopped from being displayed," Amitabh wrote on his blog.

"Abhishek who has been working so hard on the cause is obviously disappointed, especially since he had worked late into the night where he was shooting out of town to accommodate this creative," he said.

"And I wonder. Am I hallucinating, or is there a pattern in all this," the senior Bachchan, 67, asked.

Abhishek was appointed the brand ambassador of earth hour by WWF-India and also addressed press meets in this regard earlier this month. WWF had put up posters with his photographs in the capital as part of its campaign to promote the initiative under which lights were switched off in various cities of the country from 8.30 pm to 9.30 pm yesterday.

However, no posters of junior Bachchan were seen at the last night's function. Repeated attempts to contact WWF officials did not yield any results.

The controversy broke out days after a row over Amitabh attending at a government function in Mumbai where Maharashtra Chief Minister Ashok Chavan was also present. A section of Congress took objection to his presence as he is the brand ambassador for BJP-ruled Gujarat.

Dikshit steered clear the Abhishek controversy saying, "I have nothing to do with it. I went there at the invitation of WWF. I switched off the lights. I don't know anything."

Asked whether she had any reservation in having Abhishek's posters at the event, Dikshit shot back saying, "I am not WWF and you go and ask them".

"An audio visual has been prepared with Abhishek where he is seeking a pledge towards preservation of the Earth and requesting people to switch off their lights for an hour. The Chief Minister of Delhi, Mrs Shiela Dixit, and a prominent member of the ruling Congress Party, is attending the moment," Amitabh noted in his blog entry.

Abhishek, who is away in Goa for the shoot of his film tweeted, "I had sent a video message for all at the event, thanking them for their participation and support, but for some reason that couldn't be shown." 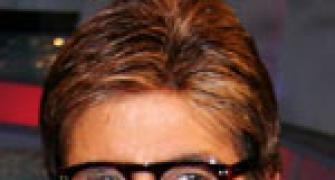 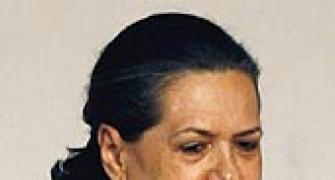 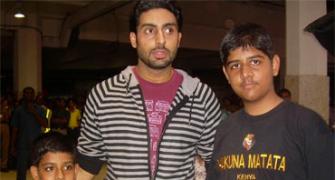 Thank God, we don't have a Bal Thackeray: Delhi CM 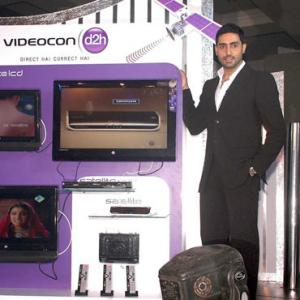