Over one crore voters in West Bengal will decide the political fate of 306 candidates on Thursday, when 43 assembly constituencies go to polls in the sixth phase, amid a raging second wave of COVID-19. Security measures have been heightened in view of the violence in the previous phases, particularly the death of five people in Cooch Behar in the fourth phase of polling on April 10, an Election Commission official said.

The poll panel has decided to deploy at least 1,071 companies of central forces in the sixth phase to ensure free and fair voting, he said.

It will also put in place measures to ensure strict adherence to COVID-19 protocols during the voting process, the official said. 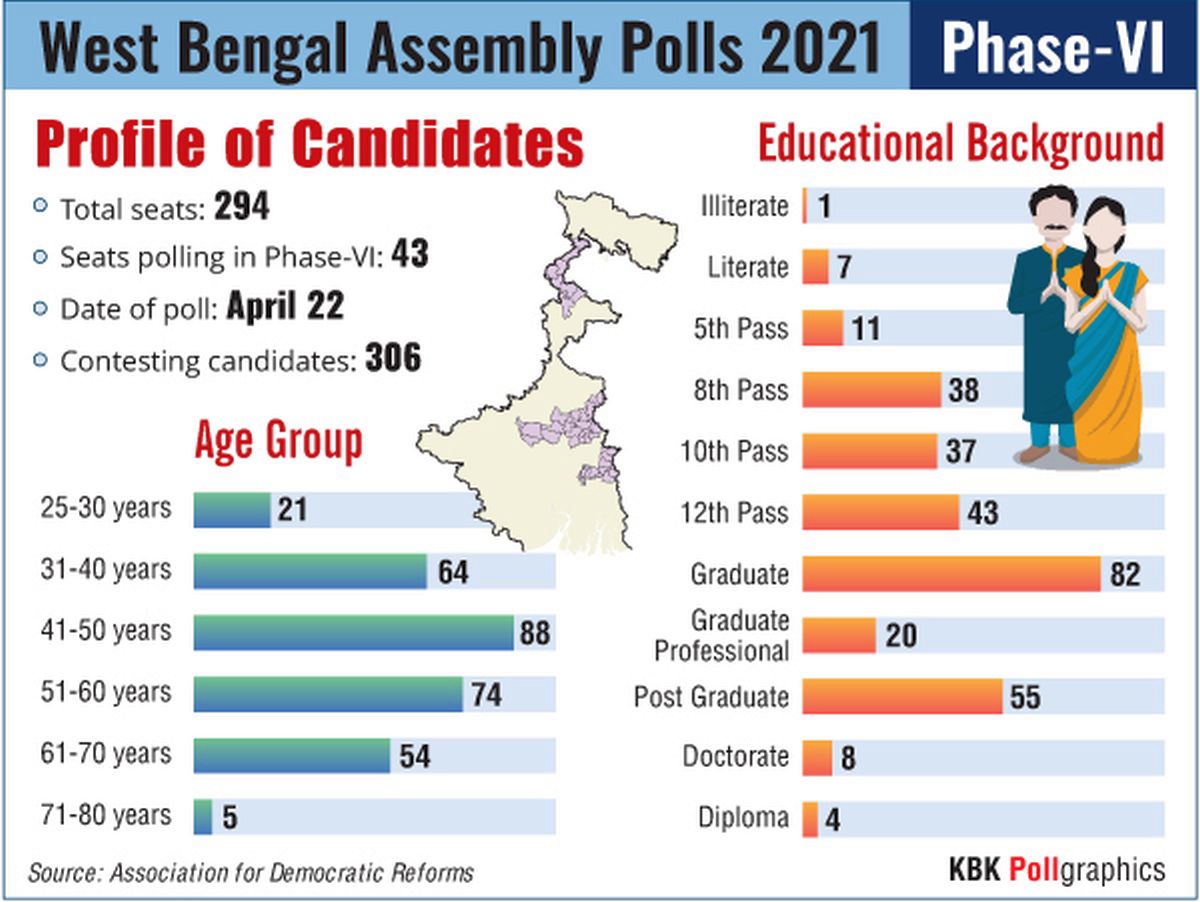 Both the Trinamool Congress and the Bharatiya Janata Party have pitched hard to gain the confidence of Matuas, who make for a large chunk of the state's Scheduled Caste population, in most of the 17 assembly segments going to polls in this phase in North 24 Parganas district and some of the nine seats in Nadia.

Apart from these constituencies, elections will be held in nine seats in Uttar Dinajpur district and eight in Purba Bardhaman.

The political fate of film director Raj Chakraborty and actor Koushani Mukherjee, who are the TMC's candidates from the Barrackpore and the Krishnanagar North constituencies respectively, will also be decided in this phase. Voting will be held at 14,480 polling stations in the 43 assembly segments of the four districts.

This phase will witness stiff competition between the ruling Trinamool Congress and its main rival BJP. The Election Commission has curtailed daily campaign hours and extended the "silence period" from 48 hours to 72 hours in each of the remaining three phases of the assembly polls in view of the Cooch Behar violence and the rising COVID-19 cases in the state.

Elections have been held in 180 constituencies so far, and the remaining 114 seats are set to go to polls between April 22 and 29.