One person was killed and nine others, including eight policemen, were injured in violence that rocked Tehatta in Nadia district of West Bengal on Wednesday, forcing police to open fire in "self-defence".

Police, however, did not confirm till evening whether the person was killed in police firing.

"There has been an unfortunate incident at Howlia in Tehatta over a land dispute between two communities," ADG (law and order) Surajit Kar Purakayastha told reporters in Kolkata.

"The matter was about to be resolved soon, but a large crowd today obstructed road, attacked the police and the SDPO. It also attacked the SDPO's residence where his wife and child stayed."

Asked whether the victim, identified as Ashok Sen, was killed in police firing, Purakayastha said the postmortem report is awaited and the nature of the injury will be known only after that.

Another person, who was critically injured, was admitted to hospital, he said, adding that eight policemen also suffered injury in the violence.

Five persons were arrested in this connection and a magisterial inquiry had been ordered, he said. Processions and meetings in the area have been also banned.

Leader of Opposition Suryja Kanta Mishra said the situation there did not warrant police firing.

"Problems cannot be solved by police firing and the inflexible attitude of the government will not help solve any problem," he said. 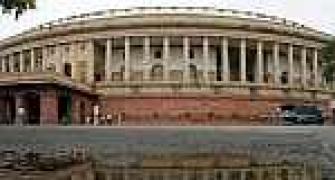 A film with suspense will be successful: DMK on FDI