The recent acquittal of the four accused in the Adnan Patrawala kidnapping and murder case is yet another stark reminder of the fast worsening quality of prosecution and a direct reflection on the investigative abilities of the police force in Maharashtra, reports Toral Varia Deshpande.

January, 2012: Four accused acquitted of all the charges initially levelled against them for kidnapping and murdering their friend, 16-year-old Adnan Patrawala in Mumbai.

October, 2011: Six students were acquitted from the charges of gangraping a 23-year-old US national studying in the Tata Institute of Social Sciences in April, 2009.

March, 2011: Five years after he was arrested for allegedly raping a woman twice his age, Abhishek Kasliwal, son of the owner of Shriram Mills, was acquitted by a Mumbai sessions court.

July, 2011: While the court convicted both Kannada actress Maria Susairaj and her boyfriend Jerome Mathew in the Neeraj Grover murder case, the court came down heavily on the prosecution for failing to prove the 'conspiracy theory'. Maria Susairaj was convicted only for destroying evidence. The verdict was a major setback for the prosecution agency.

May, 2010: While the case against Pakistani Lashkar-e-Tayiba operative and 26/11 terrorist Kasab was considered to be an open-and-shut case, it were the charges against other accused  Fahim Ansari and Sabahuddin Ahmed that the prosecution failed to prove. Both the special sessions court and high court upheld the acquittal of Kasab's co-accused.

April, 2006: A frast track court in Mumbai acquitted Manish Khatau, son of industrialist Mahendra Khatau, in an attempt to murder case registered against him after he rammed his Ford Ikon car into a police barricade at Nariman point on August 14, 2005.

The one line that's common in the judgment copies of the all the above mentioned cases are that, 'the prosecution failed to prove the charges'. In almost each of the cases it's the failure to prove the conspiracy theory to link evidence successfully to the crime committed.

Every case may have a different reason for its failure. But with each case the glaring loopholes in the prosecution theories and the lack of credible evidence is highlighted beyond doubt.

Not surprisingly, Maharashtra has one of the most disappointing conviction rates in the country, and much below the national average. For instance for every 100 cases that are sent to the courts, only 9 cases end up in convictions.

Statistics from the National Crime Records Bureau reveal that in 2010 Maharashtra's conviction rate was at an all-time low of 9 per cent. Previous records suggest that the state's conviction rates have been gradually decreasing over the years as against the national average. Even states like Bihar, Assam and Uttar Pradesh have better conviction rates.

To look into this very issue of low conviction rates, the home department of Maharashtra had constituted a six-member committee to look into the reasons for reduction in the conviction rates and make appropriate recommendations to improve them. The committee has submitted a 28-page report to the state department. The committee was headed by joint secretary (law) and head of directorate of prosecution R D Sankhe.

The committee during its course of study visited Kerala, Tamil Nadu, New Delhi and Rajasthan to study the pattern of investigations, performance of the public prosecutors and observations of the judiciary in crucial cases.

During the study tours, the committee found that the states with good conviction rates have healthy involvement of the public prosecutors much before the stage of filing the chargesheet.

On the level of involvement between the prosecutor and the investigators the committee notes that as compared to Maharashtra, investigators and prosecutors work hand-in-hand right from the preliminary stages which is beneficial during the trail.

Most of these states have a system in place where the prosecutors are involved as legal advisors or legal consultants much before the chargesheets are filed. As practice, especially for important cases, the paper work is vetted thoroughly by the prosecutor's office and a 'prosecution brief' is prepared. The prosecution brief is then sent to the investigating officer who gets an idea on which holes in the argument need to be plugged and goes on to gather the required evidence to ensure a watertight case.

Another important point that surfaced during the study is that in states like Rajasthan, New Delhi, Kerala and Tamil Nadu chargesheets are filed in 50 per cent or even less than 50 per cent of the cases. A special emphasis is given on filing of chargesheets in only those cases where investigation is thorough in terms of gathering evidence and witness statements. If the case appears to be weak, more time is sought to file the chargesheet.

The six member committee notes that during investigation and paperwork practices such as the using the calendar of evidence should be put in place to facilitate easy prosecution. This is something that central agencies like Central Bureau of Investigation follow.

Importance also should be given on handling and sensitising the witness. The committee recommends that the investigating agency should take special care of staying in touch with the witnesses, especially during the trials which are expected to stretch for a longer period of time. Mock court drills should be held to acclimatise the witness with possible line of questioning by the court and the defense lawyers. This should be done with the intention of helping them build confidence and not turn hostile last minute.

Investigators should spread more awareness about the benefits of plea bargain amongst accused in order to reduce the time frame of a usually lengthy legal proceeding.

That apart the committee also observed that other states have more number of courts resulting in lower pendency ratio. At present there are about 550 public prosecutors for over a 1,000 courts in Maharashtra, resulting in an average delay of three to four years for a trial to begin. The average delay for other states is around 1 year.

National Crime Records Bureau also states that till 2009 end there were over 24 lakh criminal cases pending in various courts across the state. The committee adds that the prosecutors should also be evaluated on the basis of number of convictions secured by them amongst other things.

In Tamil Nadu, if an accused of a petty crime case pleads guilty the case is immediately disposed off adding to the state's higher conviction rates. Judicial officers are also consulted during the paperwork in Tamil Nadu. There is no such practice followed in Maharashtra.

While New Delhi has a dedicated team of personnel to deliver summons or warrants to the accused, Maharashtra deals with the acute problem of non-delivery of the same resulting in further delay of the legal process. They file the chargesheet only where the chance of conviction is higher. However, in a state like Rajasthan, chargesheet is filed only in 50 percent or less number of cases than registered.

When asked on the progress of action on the report, Home Secretary Umesh Chandra Sarangi said, "We are taking the issue of low conviction rate very seriously. We are in the process of reviewing things and constructively working towards improving the conviction graph." 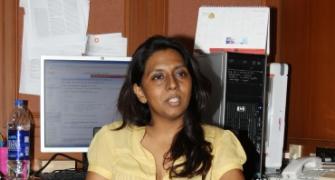 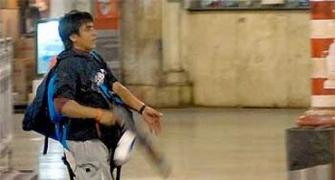