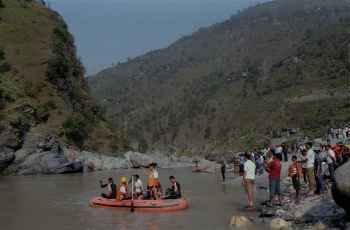 Rescue efforts were hampered on Monday due to increased discharge of water in Beas river following widespread rains as no headway was made in tracing the missing 16 students and a guide who were swept away by the gushing waters.

Losing hope, most of the parents and family members of the missing students, who were camping in Mandi for a week, returned to Hyderabad on Sunday night.

"Only half-a-dozen parents opted to stay back while the remaining parents left for Hyderabad," the home minister said.

About 600 personnel of NDRI, police, army, navy and 50 divers, who started the operations on the eighth day today with side-scan sonar, made no progress.

Twenty-four engineering students of VNR Vignana Jyothi Institute of Engineering and Technology, Hyderabad, and a co-tour leader were washed away in the river on June 8 when Larji hydropower project authorities suddenly released water from the barrage.

So far eight bodies have been recovered.

"There was a sudden increase in discharge of water in Beas in the early morning hours due to heavy showers in the catchment areas and rescue operations were slowed down for some time," Jaideep Singh, Commanding Officer of the National Disaster Response Force, said.

The side-scan sonar, which was deployed for the first time on Sunday, was functioning effectively even in increased water level but success eluded the rescuers, he said.

Image: Search operation starts as water level goes down near Thalot in Mandi on Saturday 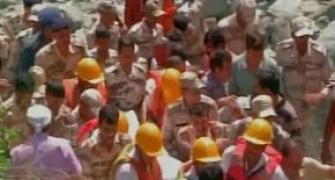 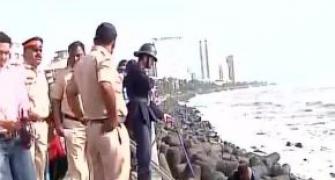 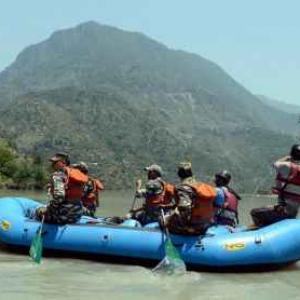