Pakistan's Foreign Secretary Salman Bashir and Ambassador to the European Union Jalil Abbas Jilani are among possible contenders to replace Husain Haqqani, who resigned as the country's envoy to the US because of the "Memogate" controversy.

Even before Prime Minister Yousuf Raza Gilani asked Haqqani to resign on Tuesday, the names of several contenders for the crucial post of Ambassador to the US had been doing the rounds.

Bashir first emerged as a possible contender for the post last year after Haqqani was linked by the army to several pro-democracy provisions in the Kerry-Lugar-Berman Act that provides $1.5 billion dollars every year as aid for Pakistan.

The name of Jilani, who is related to Prime Minister Gilani, came to the fore after he met the premier at his private residence in Lahore on November 19.

Before Jilani was appointed the country's Ambassador to the EU, Gilani had wanted to send him to India as the High Commissioner.

In 2003, India had declared Jilani, who was then Deputy High Commissioner in New Delhi, persona non grata for his links with Kashmiri separatists and expelled him.

Others believed to be in the running for the post include former envoy to the US and Britain Maleeha Lodhi and former Joint Chiefs of Staff chairman Gen (retired) Ehsanul Haq.

Reports have said the government could prematurely retire Bashir, who is set to attain the age of retirement in March, and send him to the US as Ambassador.

Bashir is widely considered a favourite because of his perceived proximity to the powerful military establishment.

Having guided Pakistan-US ties through several ups and downs in the past few months, Bashir is well versed with the intricacies of the relationship and is expected to fit into the role more easily.

Some reports have suggested that if Bashir is sent to Washington, Jilani could be moved to Islamabad as the new Foreign Secretary.

The premier on Tuesday asked Haqqani to resign from his post to facilitate a transparent inquiry into the controversy over a secret memo sent to former US military chief Admiral Mike Mullen that alleged the Pakistan Army had plotted against the civilian government in the wake of the American raid that killed Osama bin Laden in May. 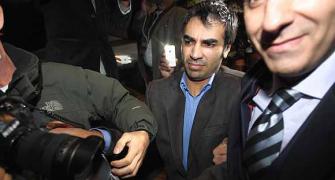 'I blame myself for bringing Mazhar to cricket' 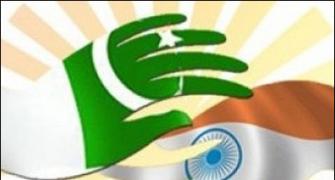 Has Pak granted MFN status to India? Not yet says Gilani
India and Pakistan should stand by each other: Gilani

Too late for a compromise: Waqf lawyer Jilani