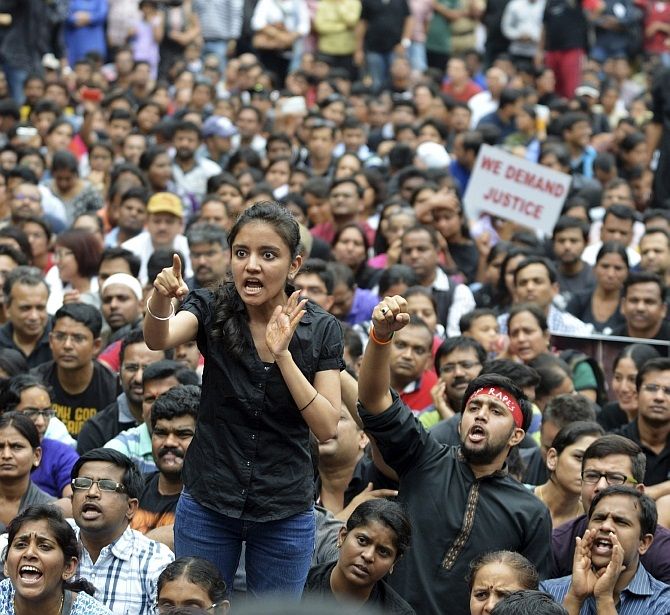 In a fresh twist to rape of a 6-year-old in Bangalore, the police has decided to let off Mustafa, the skating instructor, but have arrested two gymnastics teachers -- Lal Giri and Wasim Pasha.

The police, which had earlier extracted a confession out of Mustafa and had claimed that he had confessed, however realised that he had no role to play on further probe. However investigations show that Pasha and Giri could be behind the incident. The police say that they have not come to a conclusion, but said that the arrests were made on the basis of circumstantial evidence.

‎Meanwhile, Joint Commissioner of Police Abhishek Goel informed that the incident had taken place on July 3 and not on July 2 as had been informed earlier.

Image: A demonstrator shouts slogans during a protest in the southern Indian city of Bangalore. Photograph: Reuters

Image: A demonstrator shouts slogans during a protest in the southern Indian city of Bangalore. Photograph: Reuters 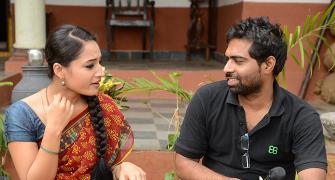 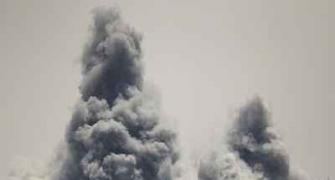 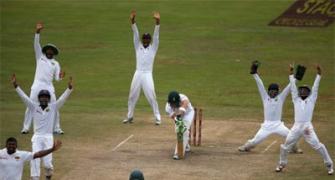 South Africa escape with a draw to reclaim No. 1 Test ranking 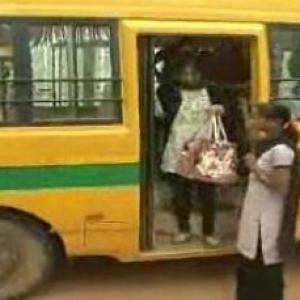 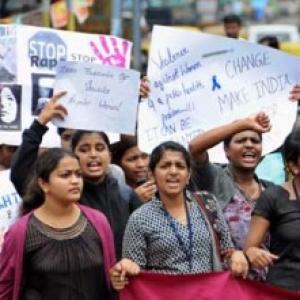