Top BJP leaders hailed the special CBI court order acquitting all the accused and described it as a victory of truth and justice. 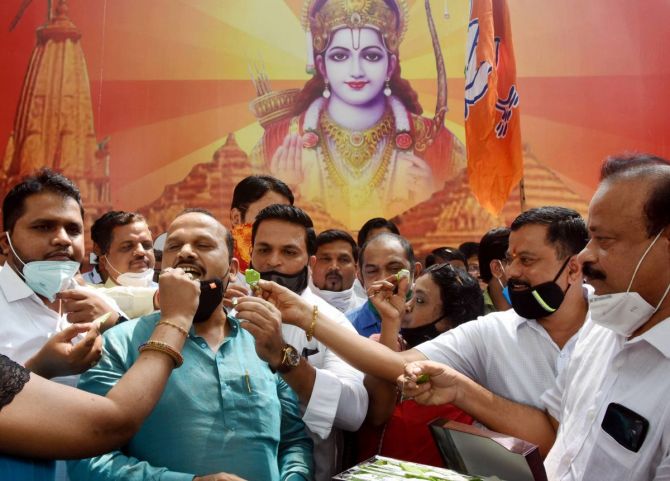 The acquittal of senior Bharatiya Janata Party leaders and Hindutva activists in the Babri mosque demolition case on Wednesday has come as a big boost to the saffron party, whose leaders have always insisted that the razing of the disputed structure in Ayodhya was a spontaneous act and not part of any conspiracy.

With the party set to intensify its campaign for the Bihar assembly polls besides by-elections to one Lok Sabha and 56 assembly seats, the court verdict has again brought the emotive issue, which has animated political discourse for long, to the centre stage and given the BJP a handy plank.

The special Central Bureau of Investigation court's order effectively absolves the BJP of any responsibility from the most controversial aspect of the Ram Janmabhoomi movement and what the Supreme Court had described as an "egregious violation of the rule of law" in its last year verdict that handed over the disputed site in Ayodhya to pro-temple parties in that dispute.

All the 32 accused, including BJP veterans L K Advani, Murli Manohar Joshi and Kalyan Singh besides Uma Bharti and Vinay Katiyar, were acquitted by the court in Lucknow almost 28 years after the FIR was filed following the mosque's demolition on December 6, 1992 by 'kar sevaks'.

The court said there was no conclusive proof against the accused, which also included Sadhvi Ritambhara, Champat Rai and Mahant Nritya Gopal Das, who were all part of the movement.

The verdict will ensure that the BJP while owning up the movement's success in ensuring the construction of Ram temple in Ayodhya, can legitimately disassociate itself with the demolition.

It has also snatched a potent weapon from opposition parties, most of whom have targeted the BJP for the mosque's fall while either refraining from criticising or even welcoming the temple's construction.

It was the Ram Janmabhoomi movement and Advani's ' Rath Yatra' in 1990 to mobile the masses in favour of building a temple at the disputed site, where believers hold that Lord Ram was born, that brought the issue to the center stage of national politics and helped the BJP emerge as an alternative to the Congress.

As part of the movement, Hindutva organisations had brought a large number of 'kar sevaks' at the site when the mosque was taken down by the mob.

Reacting to the verdict, Advani said it has vindicated the BJP's and his stand.

"It is a very important decision and a matter of happiness for us. When we heard the news of the court's order, we welcomed it by chanting Jai Shri Ram," he said.

A BJP leader said the judgment has ensured that the Ram Janmabhoomi movement leaves behind a "proud legacy" for the party without having any dimension to it about which it might have felt defensive.

Though the CBI has the option to appeal in a higher court against the verdict, it remains far from clear if the central agency will do so.

Top BJP leaders hailed the special CBI court order acquitting all the accused and described it as a victory of truth and justice. 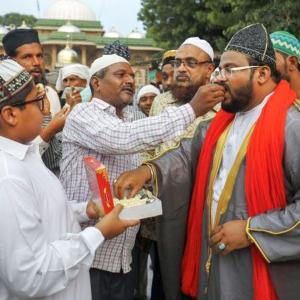 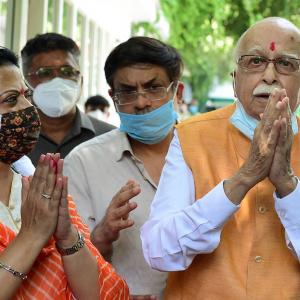