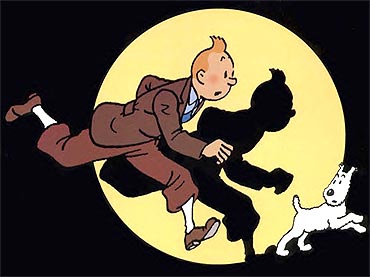 After being translated into 58 languages from the original French, Tintin, 80 years after he was created by Herge finally gets to speak in Hindi also from now on.

A set of eight Tintin books were unveiled in New Delhi on Monday evening by the embassy of Belgium in collaboration with publisher Om Books International. "Tintin in Belgium is more than a cartoon character. He is truly part of our national cultural heritage. Everybody in Belgium knows Tintin; the children as much as their parents," said Jean M Deboutte, ambassador of Belgium.

"For many Belgians, Tintin albums have often been their first gateway to the world, discovering new people, new countries, new environments, and made them develop a taste for adventure and discovery. Thanks to the wonderful translation in Hindi, we are proud that many more people will now be able to enjoy Tintin albums the same way," he said. While Tintin remains the same in Hindi, his four- egged companion Snowy has been rechristened Natkhat and detectives Thomson and Thompson have been renamed Santu and Bantu.

"The adventures of Tintin are one of the best comics in the world and I'm glad that having the books in Hindi makes them available to a wider range of readers," said Puneet Gupta, who translated the comics. Gupta who is an advertising filmmaker, writer, graphic designer and photographer, said translating Tintin into Hindi was one of his most enjoyable assignments.

Ajay Mago, publisher Om Books and a fan of the comic book series, says he was struck by the absence of Tintin's adventures in Hindi and in 2005 decided to approach the Franco-Belgian Casterman Publishers for the translation rights. "I couldn't imagine anyone who wouldn't love Tintin after reading his adventures in Hindi. There's something in them for everyone. I thought it would be interesting to bring these amazing stories to the Hindi readership," he said.

Tintin comics in Hindi would be available in India at Rs 195 each, half the price of the English version.
Source: PTI© Copyright 2021 PTI. All rights reserved. Republication or redistribution of PTI content, including by framing or similar means, is expressly prohibited without the prior written consent.
Related News: Tintin, Om Books, Puneet Gupta, Belgium, Jean M Deboutte
SHARE THIS STORY
Print this article
An Amar Chitra Katha called KC 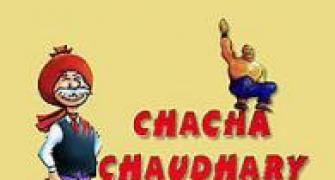 Rediff offers comics on your mobile! 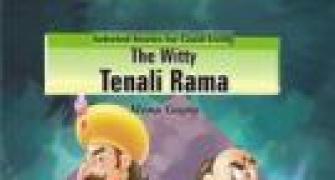 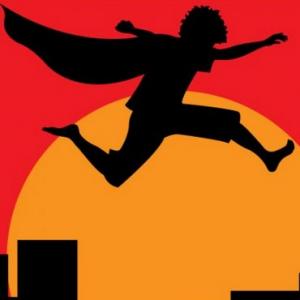 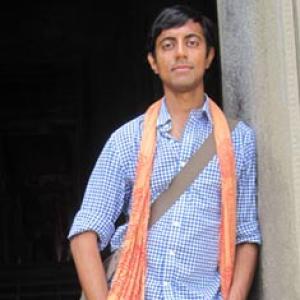