The Supreme Court, which kept itself away during the Ayodhya land dispute case hearings from going into the issue of demolition of the disputed structure on December 6, 1992, made a passing remark in its judgement on Saturday about the event saying it was brought down in a "calculated act." 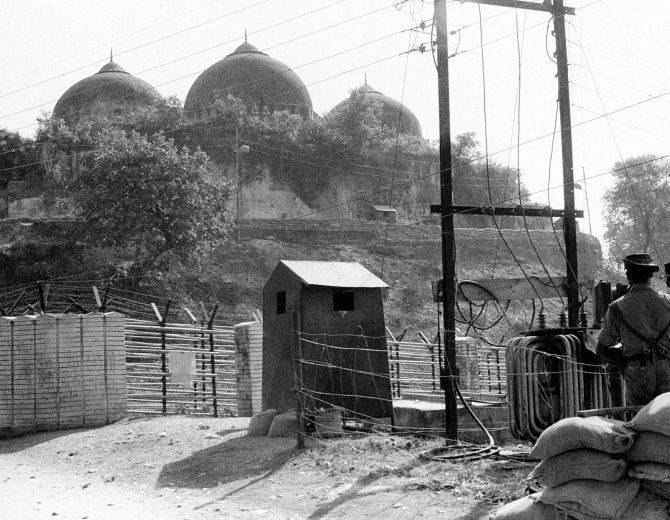 The apex court noted that during the pendency of the lawsuits on the disputed land, "the entire structure of the mosque was brought down in a calculated act of destroying a place of public worship".

"The Muslims have been wrongly deprived of a mosque which had been constructed well over 450 years ago," a five-judge bench headed by chief justice Ranjan Gogoi noted in its judgement.

Though there are few lines in the judgment on the demolition, the observation was reminiscent of the commission of inquiry set up by the then P V Narasimha Rao government within 10 days of the demolition, which also had gave the finding that entire demolition was carried out in an "orchestrated" manner.

The then Congress government had set up a one-man inquiry commission headed by Justice M S Liberhan, who was then the sitting judge of the Andhra Pradesh high court.

However, Justice Liberhan gave full time to the commission only after his retirement as judge and submitted the report after 17 years during which its term was extended 48 times.

He submitted the report in June 2009, during the tenure of Manmohan Singh as the prime minister.

After examining the deposition of top leadership of the time including former prime ministers P V Narasimha Rao and V P Singh, Bharatiya Janata Party patriarch L K Advani, Murli Manohar Joshi, Kalyan Singh, former Uttar Pradesh chief minister and other leading lights of the Mandir movement, the Liberhan Commission in its report held the then top leadership of the BJP and the Sangh Parivar (RSS, VHP and Bajrang Dal) culpable for the incident of December 6, 1992.

Kalyan Singh as the chief minister had given an undertaking to the apex court that no damage would be allowed to be inflicted to the disputed structure by the kar sevaks.

The commission concluded that the factual matrix of the case yields "indisputable evidence that lured by the prospect of power or wealth, a rank of leaders emerged within the BJP, the RSS, the VHP, the Shiv Sena, the Bajrang Dal etc. who were neither guided by any ideology nor imbued with any dogma nor restrained by any moral trepidation".

In his report, Justice Liberhan said the senior police officers were at hand to ensure that their men toed the line and that the demolition of the disputed structure was allowed to go ahead with "military precision as orchestrated by the leaders present at the spot and carried out by their henchmen."

"To sum up, December 6, 1992 saw a state of Uttar Pradesh unwilling and unable to uphold the majesty of the law. The ennui flowed from the very office of the chief minister (Kalyan Singh) downwards and infected the state's minions down till the bottom.

"The state had become a willing ally and co-conspirator in the joint common enterprise to announce the revival of a rabid breed of Hindutva, by demolishing the structure they had denounced as a symbol of Islam," the commission said. 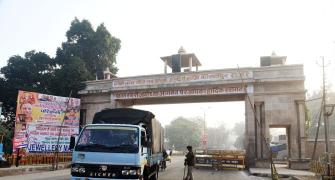 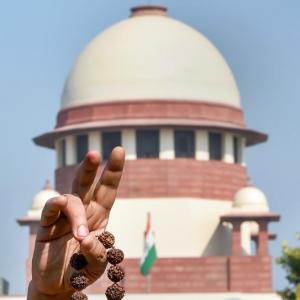 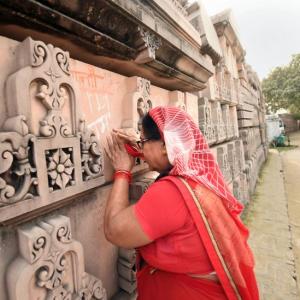