The public transport system in Telangana region of Andhra Pradesh has been completely paralysed as the 48-hour Rail Roko program started on Saturday morning, in support of separate Telangana state.

With the Road Transport Corporation buses already on strike since last six days, auto rickshaws also going on two day strike from Saturday, and petrol pumps shutting their doors the people in Telangana were left with out any means of travelling.

The rail toko, called by Telagnana Joint Action Committee as part of the indefinite mass strike, was so complete and successful that not a single train was running in the region comprising of Hyderabad and nine other districts.

An estimated 4.5 lakh auto rickshaws in Telangana region will be staying off the road for two days from today. Apart from Petrol Bunks, wine shops and barber shops have also been shut down.

With the indefinite strike entering 12th day on Saturday, the administration was already crippled as more than 8 lakh employees, teachers and workers were boycotting their duties and offices were shut.

Thousands of Telangana supporters came out from the wee hours and occupied the rail tracks and major railway stations.

Biggest gathering of the people was being witnessed at Moula Ali, in the outskirts of Hyderabad and Kazipet junction in Warangaldistrict. The TJAC, supported by the TRS, BJP and Communist Party of India-Marxist Leninist New Democracy has urged the people of Telangana to occupy the nearest rail track and stay put for the next two days.

In view of the rail roko, the South Central Railway has cancelled 55 express trains and partially cancelled 48 express trains. Similarly more than hundred passenger trains were also cancelled. The entire local train service in and around Hyderabad, including 222 MMTS services have also been cancelled by the authorities.

Fifty six long distance trains have also been diverted and they will run with out entering in to Telangana region.

At Kazipet junction in Warangal, local TRS MLA D Vinay Bhaskar said that the Rail Roko was to pressurise the central government to take an early decision on the demand of Telangana state.

"We hope that at least now the centre will feel the heat and Sonia Gandhi will know what is happening in Telangana".

The people of Telangana were very angry with the central leadership of Congress party after the AICC spokespersons Renuka Choudhary and Abhishek Manu Singhvi dismissed the indefinite strike as inconsequential and claimed that it was not having any impact on the normal life in Telangana.

Meanwhile, under massive pressure from the people the Telangana Congress leaders were also planning to tender their resignations. Party MLA from Station Ghanpur, Rajaiah on Saturday faxed his resignation letter to the Speaker N Manohar urging him to accept it immediately.

There were indications that at least four of the 15 ministers and 20 Congress MLAs from the region were planning to submit their resignations in support of the indefinite strike.

Telangana MLAs of Telugu Desam Party have also said that they will resign on September 28.

On the other hand, the Kiran Kumar Reddy government was trying some desperate measures to come to grip with the situation. As the panic was setting in over the worsening power crisis in the state, the government has made an irresistible offer to the striking workers of coal mines of Singareni company.

The management has told the workers that they will be paid two days wages for one day's of work translating in to a payment of Rs 1000 per day. But the striking workers have rejected the offer. 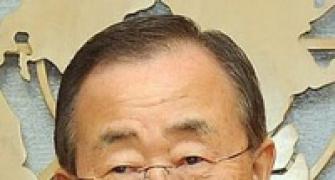 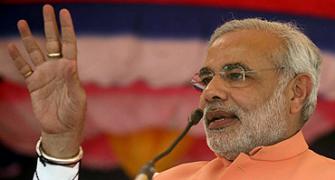 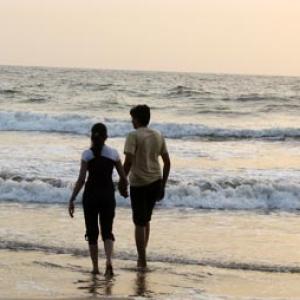 IN PICS: Road trip in Konkan