To crack down on street crimes, the Victorian government has announced $1000 on-the-spot fine for people caught carrying knives and gave more powers to police to conduct random weapon searches in the Australian state that saw a spate of attacks on Indians.

The government, facing strong criticism over law and order situation in the state, particularly in the wake of several attacks on Indian students, expanded search and seizure powers to enable police to conduct random search for arms in designated public areas, such as train stations, without notice.

Under the three-point plan, minors will be banned from buying prohibited or controlled weapons. Carrying a knife on licensed premises like bars and pubs will bring a $2000 on-the-spot fine, Victorian Premier John Brumby was quoted as saying by media reports today.

"I believe it will be a major deterrent to those wanting to carry a knife," Brumby said adding, "We want to break the knife culture which has emerged in Victoria and in other states and around the world."

Under a proposed change in law, the onus of proof has been reversed to allow a fine to be imposed as soon as a knife is sighted by police.

The principle that a person is innocent until proven guilty will be turned around whereby one found to be carrying a knife will be "guilty until proven innocent", Brumby said.

The police have also been given new powers to carry out random search of public areas if they have reasonable suspicion that knives are being carried by people. 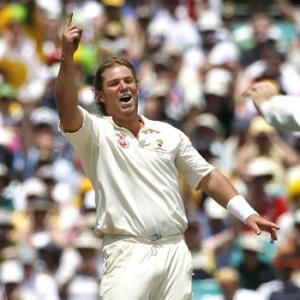