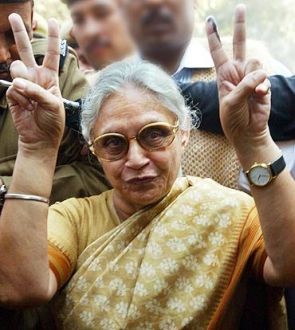 Facing the toughest battle of her political career, three-time Chief Minister Sheila Dikshit on Wednesday said she has kept her "fingers crossed" on the outcome of the election where the ruling Congress, Bharatiya Janata Party and new entrant Aam Admi Party are locked in a keen tussle.

"I will keep my fingers crossed," she said, refusing to show a victory sign when photographers at her residence requested for it. “It is premature.”

But later she was seen flashing the sign after casting her vote along with Congress chief Sonia Gandhi.

When asked whether she was worried about AAP's possible impact, Dikshit said "no".

Seventy-five-year-old Dikshit, who led the Congress to three consecutive electoral victories in Delhi, said her government ensured inclusive development in the last 15 years and hoped that people of the city will give the ruling party another opportunity to serve them.

"I am fighting the polls with confidence. We have ensured consistent development. We followed an agenda of inclusive development. We made Delhi the best city. The Opposition made tall claims and tried to defame us. But the people of Delhi know about our performance. I think they will vote considering what will be good for them," she said before stepping out of her residence to vote.

The entry of Arvind Kejriwal's AAP has changed the dimension of the fight in the polls and it will be interesting to see whether the newbie will just be a "spoiler" or win some seats as predicted by opinion polls, riding on its anti-corruption plank.

The chief minister is also facing a stiff fight in her New Delhi constituency where Kejriwal and former Delhi BJP chief Vijender Gupta are her main opponents.

Dikshit has been representing the constituency for the last 15 years and her development model will face tough test in the area, which comprises over 1.18 lakh voters, 60 per cent of whom are government employees and their families.

A recent opinion poll had predicted that Kejriwal may humble Dikshit in the constituency but she strongly debunked the survey result, questioning its credibility. 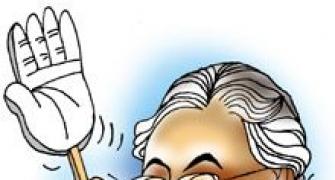 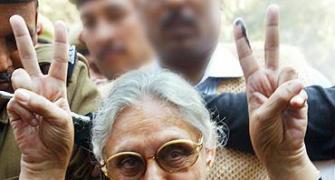 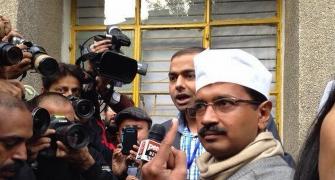 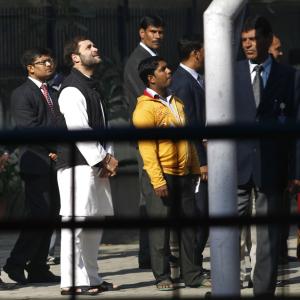 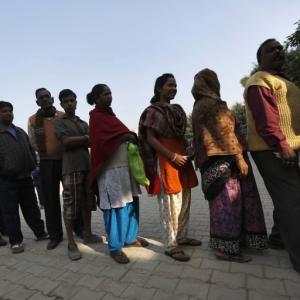