News
Business
Movies
Sports
Cricket
Get Ahead
Money Tips
Shopping
Sign in  |  Create a Rediffmail account
Rediff.com  » News » Is this the rise of a new kind of politics in India? 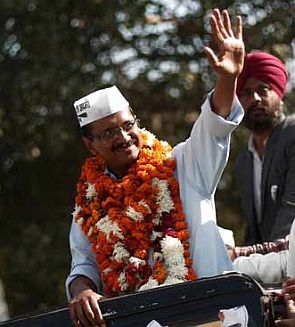 The Aam Aadmi Party’s stellar performance in Delhi has given hope of the emergence of an “alternative politics'', one offering a politics different from the one practised by leading parties.

AAP’s own official statement says its intent is to provide that alternative, one removed from the two main parties and the traditional third fronts cobbled from existing parties. “The decimation of the ruling Congress party shows beyond doubt that there is yearning for change. Yet, the inability of the Bharatiya Janata Party to secure a majority shows the voters who want change are not satisfied with a mere substitute. (Our) spectacular debut demonstrates that the aam aadmi of India is willing to trust alternative politics.''

The sentiment is seconded by a former administrator, Jayaprakash Narayan, who started the Lok Satta Party in Andhra Pradesh with the hope of providing such an alternative. “The Delhi election results are the beginning of the end of traditional vote bank politics. And, it could mean the beginning of a different type of politics. The massive gains achieved by AAP in Delhi gives a fillip to reform movements like ours. This is a moment we savour, irrespective of which group we belong to. I think the entire country rejoices at the achievement of AAP,” says Narayan.

On if he would join hands with the AAP for the Lok Sabha elections, he said Lok Satta had already given all its support to AAP in the Delhi elections. “All our supporters in India and abroad were channelised to support AAP by means of men and money. But, all said and done, AAP has done a magnificent job. It is not easy to overcome the entry barrier for an absolutely new comer,” he adds. “It is a collective victory for all of us who want politics to change.”

The Delhi results are expected to trigger changes in other parties, too. If someone gains prominence by following a good principle and if another fails by following a bad practice, then the former will certainly set an example that others would emulate. If this result makes parties shift from money politics to agenda politics, it is a victory for everyone, says Narayan.

This was already in evidence at Congress Vice-President (and heir apparent) Rahul Gandhi’s press conference on Sunday. He acknowledged the AAP achievement and said it had given more space to the people.

Narayan says political alternatives are already there in almost all the states. But they all follow the traditional methods of politics, based on dividing voters into caste and creed or based on money power or on offering sops and freebies to people.

“We have sworn ourselves against all the three. AAP is against divisive politics and money power politics. But it believes in freebies to some extent, which I feel is a lesser evil,” says Narayan.

Lok Satta has a network in not only Andhra Pradesh but also in Maharashtra, Karnataka and Tamil Nadu. “The alternative way of politics need not be Left or Right,” says Narayan.

“We believe the primary role of the state is to provide rule of law and ensure health and education is taken care of. In other things, the state should not interfere. AAP believes in giving a greater role to the state. But these are differences that can be addressed,” says Narayan.

He, however, does not see Delhi's results being replicated so easily in other urban centres. Delhi has the highest per capita income, it is the most cosmopolitan, and the media has been spectacularly supportive of the AAP. “No one ever got such support,” says Narayan.

Surajit Dasgupta, who recently resigned from the national council of AAP, citing differences in thinking, says AAP, Lok Satta and groups such as the Nav Bharat Democratic Party can come together to provide an alternative to parties that follow divisive votebank politics. He also feels the earlier experienc with other parties like Lok Satta have been bitter. When Lok Satta tied up with AAP in Maharashtra, the latter sidelined the former when it came to deciding on the seats to contest in civic polls. Arvind Kejriwal (the AAP head) should be practical and take people along and learn to share a platform with more people. But if the victory goes to his head, this will lead to nothing, he warns,

Kejriwal in his address soon after the results were declared underlined the principles which made his party the harbinger of change in politics.

“The real significance of the rise of AAP lies in the challenge that it has posed to the established ways of the politics. With its roots in the most extraordinary anti-corruption movement of this country, AAP has turned this into a battle against the corrupt political system. It offered a systemic alternative by way of radical political decentralisation. AAP’s election campaign set a model for financial and political transparency. For the first time in the history of the country, a political party collected “white money” for politics, made full disclosure of all donations received, met the target that it had set and refused to take any more donations. Perhaps for the first time, a political party withdrew support to its official candidate purely on moral grounds, as the AAP did in Rajouri Garden. For the first time, a political party issued manifestos for every single constituency. AAP broke away from the politics of caste and community vote banks and revived the culture of door to door canvassing. The record turnout in this assembly election and the popular support for a new political outfit bears ample testimony to the public response to this new political beginning,” he declared. 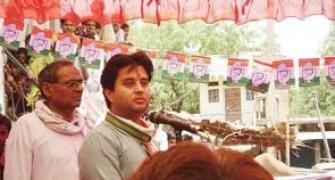 How a complacent Congress lost the plot in Madhya Pradesh 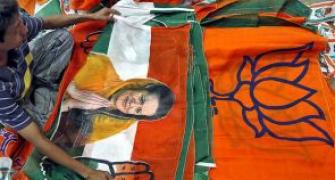 'It is time for another anti-Congress mobilisation' 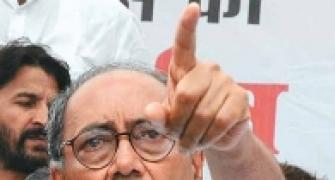 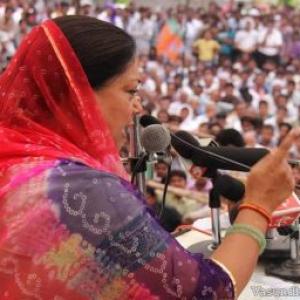 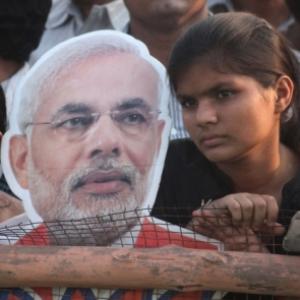