Assam limps back to normalcy after curfew is lifted 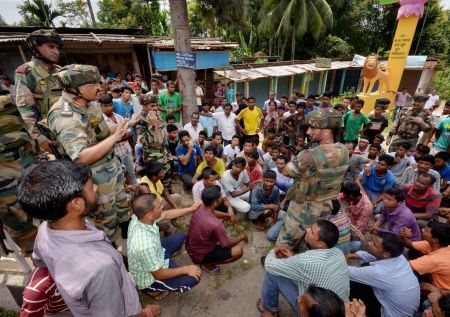 Curfew was relaxed for 12 hours in Assam’s Golaghat district on Friday after the situation limped back to normal in wake of the August 20 mob violence and police firing.

However, the army personnel is still patrolling the area where curfew had to be imposed after three persons were killed in police firing on August 20 when a mob of protesters armed with bows, machetes tried to storm the town to protest the government’s failure to protect people in the state living along the disputed Assam-Nagaland boundary.

Meanwhile, the joint action committee of the seven organisations which have been protesting withdrew the economic blockade against Nagaland after they had been
invited for a round of talks by Chief Minister Tarun Gogoi on Friday.

CM Gogoi has already announced Rs 8 lakh each as ex gratia to the next of kin of the nine persons who died in violent incidents along the inter-State border on August 12-13.

The CM assured to provide adequate compensation to the displaced people who were hit by violence along the Assam-Nagaland border. He said the state would take care of the affected people and rehabilitate them at the earliest.

Image: Army soldiers participate in a peace meeting with protesters at Telgaram in Golaghat district of Assam on Thursday. Photograph: PTI 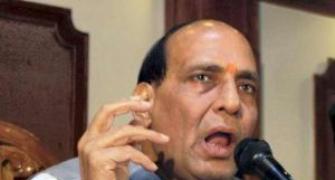 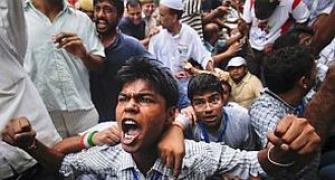 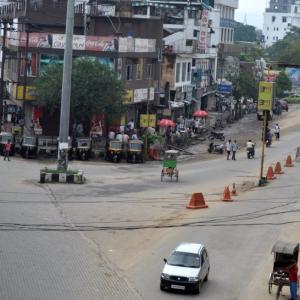 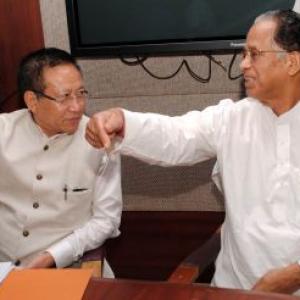