Assam: BPF to remain a Cong ally despite MLA's arrest

A day after the arrest of party Member of Legislative Assembly Pradeep Brahma by Assam police on charges of inciting mob violence in Kokrajhar district in the recent riot, the Bodoland People's Front on Friday clarified that it would continue with its alliance with the ruling Congress notwithstanding the arrest of the party MLA.

Chief Minister Tarun Gogoi on Thursday had stated that it was up to the BPF to decide whether they wanted to continue with ties with the Congress or not in the wake of arrest of MLA Pradeep Brahma who is now in judicial custody in Kokrajhar.

BPF president Hagrama Mohilary, however, stated that its legislator had been arrested on baseless charges by the police and reiterated that he must be released immediately without any condition.

The BPF is in the seat of power in Bodoland Territorial Autonomous District Council and the only ally of ruling Congress in Assam.

Mohilarly further alleged that police and the administration had been not fair in arresting Brahma. "There have been so many similar allegations against other persons, but no one has been arrested except Brahma."

The BPF leader said there was no need to impose indefinite curfew in entire Kokrajhar district in the wake of Brahma's arrest as there was no incidents of violence. He said the protest demonstration resorted to by BPF supporters on the railway track for few hours yesterday after the arrest of the MLA was also a peaceful one.

"If the administration lifts the curfew, the BPF too will withdraw the indefinite Kokrajhar district bandh called since yesterday in protest against the arrest of the MLA Brahma," Mohilary said.

A delegation of the BPF would go to New Delhi on August 26 to meet the prime minister, the home minister and other leaders over the issues related to recent violence in BTC area. 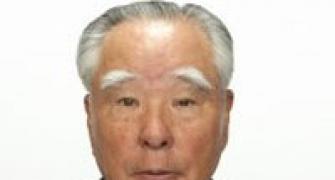 6 metro stations to remain close for 10 hrs on Sunday