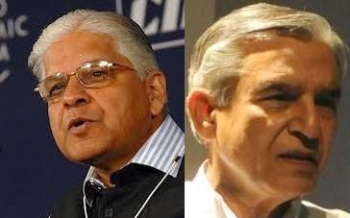 Pressure mounted for the removal of Railway Minister Pawan Kumar Bansal on Thursday as more instances of impropriety tumbled out amidst talk of a reshuffle of the Union cabinet in which beleagured Law Minister Ashwani Kumar may be shifted to a different portfolio.

Significantly, Bansal, whose nephew Vijay Singla has been arrested for allegedly trying to fix promotion for a member in the railway board, skipped a meeting of the Union Cabinet on Wednesday evening that added to speculation that he could be on his way out. Bansal remained confined to his Ashoka Road residence and did not even attend office, with sources close to him claiming he was not well.

The discomfiture over his continuance as a minister came after reports emerged that firms owned by the Bansal family, including his wife, sons and the tainted nephew allegedly received huge loans from a public sector bank. Bansal was minister of state for finance when a business partner of his son was appointed director in that bank.

Bansal's woes mounted with the Central Bureau of Investigation questioning his private secretary Rahul Bhandari, a 1997-batch Indian Administrative Service officer from the Punjab cadre, in connection with the alleged Rs 10 crore bribery scandal. Bansal has denied any wrongdoing by him claiming that he has no business links with Singla.

Amidst these developments, there was a talk about reshuffle of the Union cabinet shortly in which Bansal could be dropped and Kumar shifted to some other portfolio.

Kumar is under attack in connection with the vetting of the CBI report on coal block allocation scam, with the Supreme Court making critical observations over it.

Various names were being talked about for the portfolios of railways and law and consequent changes in the council of ministers. As Bhandari was questioned for the second straight day, the CBI was reportedly preparing to quiz Bansal to seek "clarifications". The government and Congress sought to downplay Bansal's absence from the Cabinet meeting.

Information and Broadcasting Minister Manish Tewari, who briefed the media on the Cabinet meeting, said it was not unusual for a minister to skip a meeting when his ministry's subject is not on the agenda.

Asked about his continuance in the Cabinet, Tewari said, "The CBI investigation is under way and it should be allowed to play out and culminate logically." On Ashwani Kumar, he merely said the matter was sub-judice.

Congress spokesperson Renuka Chowdhary also remained evasive when asked about the fate of Bansal and Kumar. "I am not an astrologer. How can I predict what is going to happen. These are probabilities; these are possibilities. We cannot say anything about it at this time. A process is on," she said. 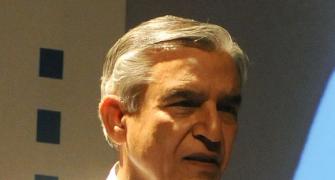 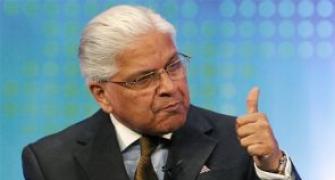 Ashwani Kumar: Met PMO, did not have time to meet PM 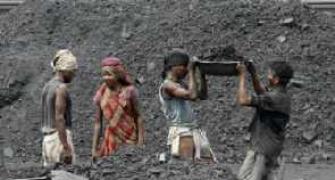 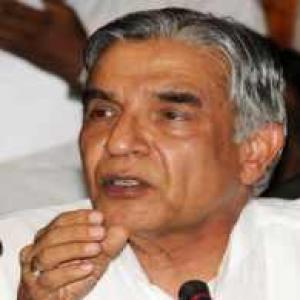