Businessman Abhishek Verma and his wife were on Wednesday arrested by the Enforcement Directorate in connection with a money laundering case registered against the couple for allegedly receiving money from a Swiss defence firm to keep it out of the government's blacklist.

An ED team recorded the statement of the couple, presently in judicial custody in a forgery case, before they were placed under arrest under the stringent provisions of the Prevention of Money Laundering Act.

The arrest of Verma and his Romanian wife Anca Maria Neascu by the agency comes as additional trouble for the duo as they are already embroiled in a host of criminal cases and the CBI has arrested them in two separate cases so far.

The ED had on Tuesday told the court that they would place the couple under arrest in connection with the fresh PMLA case it has filed against them sometime back.

Wednesday's step, according to sources, was necessary to strengthen the probe in the case as both the ED and the Central Bureau of Investigation are probing the role of the duo from various angles and they want to prepare a watertight case against them.

They were remanded in 14 days judicial custody by a court on Tuesday in a forgery case registered on Union Minister Ajay Maken's complaint.

Earlier, both the accused had been granted bail on August 8 in a corruption case egistered by the CBI for allegedly receiving $530,000 from Rheinmetall Air Defence AG for using his influence to stall its blacklisting proceedings by Indian government.

The ED made this case as the basis for filing its criminal complaint against them. 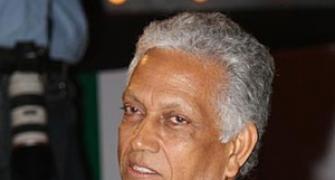 Mohinder Amarnath on way out of selection panel? 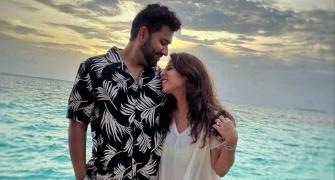 Pak delegation for peace and trade arrives in India