The tri-services chiefs while addressing the media also said that the forces were in a state of heightened readiness to deal with any eventuality. 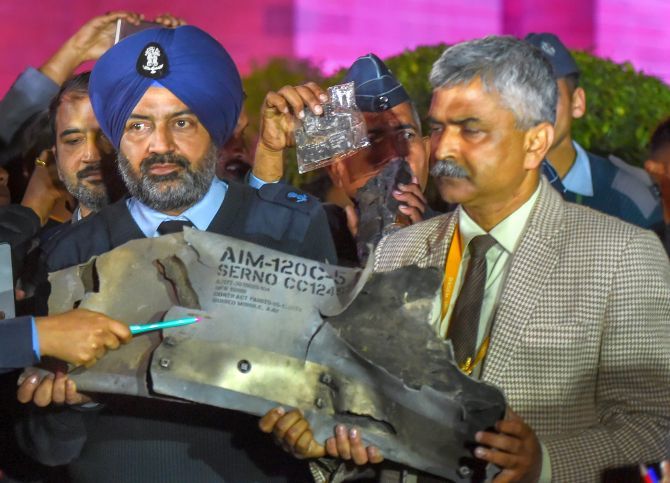 Pakistan used a F-16 aircraft in its futile attempt to target military establishments in India on Wednesday, senior officials of the three armed forces said at a joint media briefing on Thursday, where they presented proof of the intercepted and shot down aircraft. The chiefs also assured the nation that the defence forces are in a state of heightened readiness to deal with any eventuality.

“The engrossing aircraft were at various levels. IAF fighters including Mig-21 Bison, Sukhoi 30 MKI and Mirage 2000 were tasked to intercept the intruding Pakistan aircraft. The Pakistan intruding aircraft attempting to target our military instalments were intercepted by the IAF aircraft which foiled their attack.”

“They were unable to cause any damage to our military installment. In aerial combat, one F-16 was shot down by Mig- 21 Bison aircraft. The IAF lost one MiG 21 in aerial engagement, though the pilot ejected safely, his parachute drifted towards Pakistan territory and was captured,” he added.

Kapoor further refuted many factually incorrect statements made by Pakistan.

“It was only by late evening that Pakistan accepted the fact that there was only one pilot in their custody. Pakistan claimed that they intentionally dropped weapons in open space where there was no human presence or military post. The fact is Pakistan aircraft targeted military installment however they were intercepted which thwarted their plans. Although PAF bombs have fallen in Indian army formations compound, they were unable to cause any significant damage to our military installation due to our swift response.”

The Air Vice Marshal also asserted that there is enough evidence to show that F-16 was used in the mission.

“Parts of AMRAAM Air to Air missile which is carried only on Pakistan F-16 were recovered from Indian territory in Rajouri. IAF remains vigilant, committed and ready to combat any eventuality,” he said.

They also displayed visuals of the cover of AARAM missile fired from Pakistani F-16 aircraft that were found near the Line of Control in India. 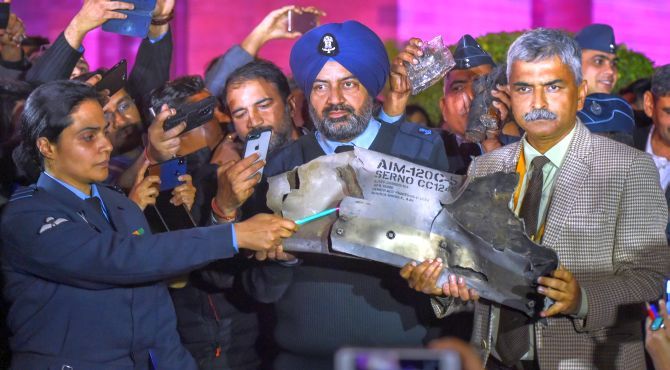 Following the media briefing, Air Vice Marshal RGK Kapoor while responding to a question regarding bombing on JeM terror camps in Balakot said, “Premature to say the number of casualties on the camp, whatever we intended to destroy we got that result”.

He also said that we have the evidence to prove that the effect that we wanted and the destruction that we wanted to cause to terror camps has been achieved and it is up to the government to decide whether or when to release it.

“Our mechanised forces have been placed on standby. The nation we are fully prepared and in a heightened state of readiness to respond to any provocation by Pakistan. Indian army is committed to maintaining peace and stability in the region and will continue to act against agencies who harbour evil design against India,” General Singh said.

Navy Rear Admiral DS Gujral also addressed the media briefing and said that the Indian Navy is completely ready to deal with any eventuality.

Gujral said, “The Indian Navy has been deployed in a high state of readiness and remains poised in all three dimensions -- on the surface, undersea and in the air to deter, prevent and defeat any misadventure by Pakistan in the maritime domain. I can assure of a resolute, swift and strong response by navy when needed.”

“We are ready for any misadventure by Pakistan and we are ready for resolute action. We want to ensure the safety and security of our citizens,” he added.

Earlier in the day, Pakistan Prime Minister Imran Khan had announced that Indian Pilot Wing Commander Abhinandan will be released on Friday as a peace gesture.

Abhinandan, flying a MiG-21 Bison fighter plane, was chasing Pakistani jets which transgressed into Jammu and Kashmir yesterday and crossed over to PoK where his aircraft was shot down. He ejected safely and was taken to the custody by the Pakistani army. 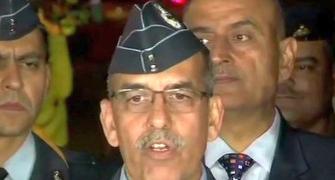 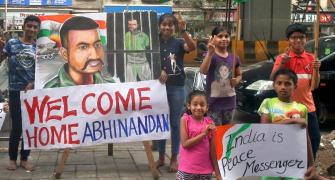 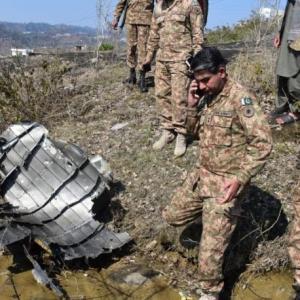