By From our correspondent
March 02, 2011 20:08 IST
Porbander Member of Legislative Assembly Arjun Bhai Modhwadia was on Tuesday appointed the new president of the Gujarat Pradesh Congress Committee after his predecessor Siddharth Patel resigned from the post.

The appointment of Modhwadia, a former Congress legislature party chief, comes after prolonged deliberations by the party leadership to finalise the candidate for the post, who will command the party in the state ruled by Bharatiya Janata Party leader and Chief Minister Narendra Modi for nearly ten years.

Speculation was rife that CLP leader Shaktisinh Gohil may be appointed the PCC president, but Modhwadia won the race as he was backed by part president Sonia Gandhi's political secretary Ahmed Patel. 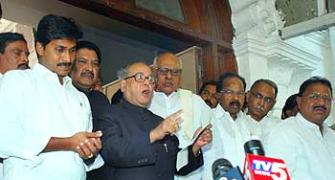 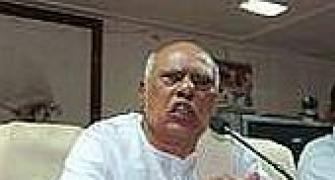 'This case is a turning point for Modi' 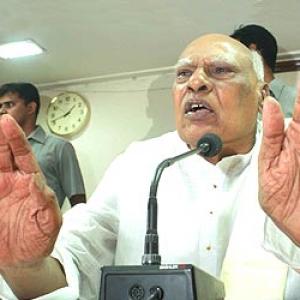 Rosaiah resigns as Andhra CM ahead of CLP meet