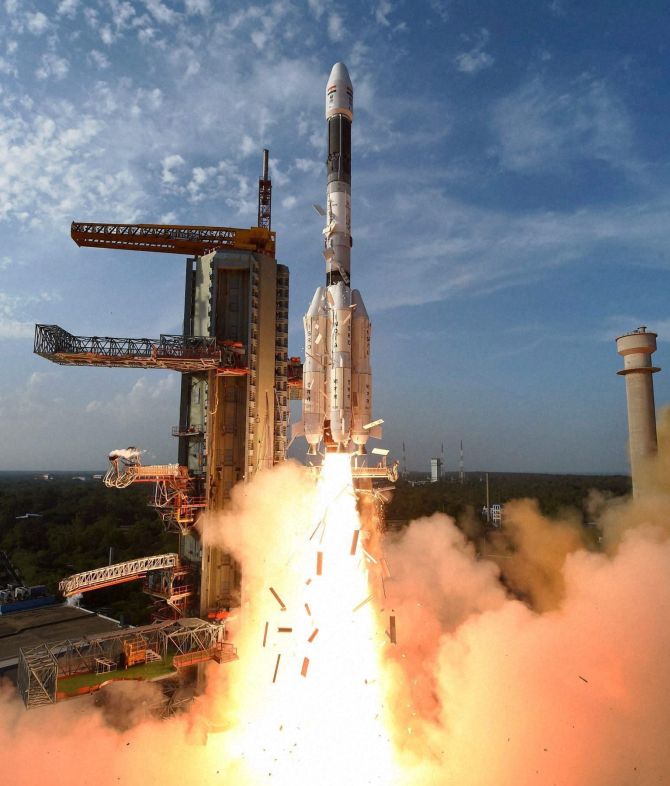 The 3,357-kg satellite is slated to blast off from the Ariane Launch Complex at Kourou, a French territory located along the northeastern coast of South America, at 02:35 hrs IST.

"GSAT-30 is to serve as a replacement to INSAT-4A spacecraft services with enhanced coverage", ISRO said.

The satellite provides Indian mainland and islands coverage in Ku-band and extended coverage in C-band covering Gulf countries, a large number of Asian countries and Australia, it added.

With a mission life of 15 years, GSAT-30 is an operational communication satellite for DTH, television uplink and VSAT services.

The satellite is configured on ISRO's enhanced I-3K bus structure to provide communication services from geostationary orbit in C and Ku bands.

Bengaluru-headquartered ISRO said the communication payload of GSAT-30 is specifically designed and optimised to maximise the number of transponders on the spacecraft bus.

According to the space agency, the spacecraft would be extensively used for supporting VSAT network, television uplinking and teleport services, digital satellite news gathering, DTH television services, cellular backhaul connectivity and many such applications.

One Ku-band beacon downlink signal is transmitted for ground-tracking purpose, it added.

For its initial flight of 2020, Arianespace on its website said it would orbit EUTELSAT KONNECT, a telecommunication satellite for the operator Eutelsat, along with GSAT-30, using an Ariane 5 launch vehicle from the Guiana Space Centre.

Since the launch of India's APPLE experimental satellite on Ariane Flight L03 in 1981, Arianespace has orbited 23 satellites and signed 24 launch contracts with the Indian space agency, it said.