The protests against the amended Citizenship Act at the Jamia Millia Islamia entered its eight day on Monday, with hundreds continuing to throng the streets outside the university. 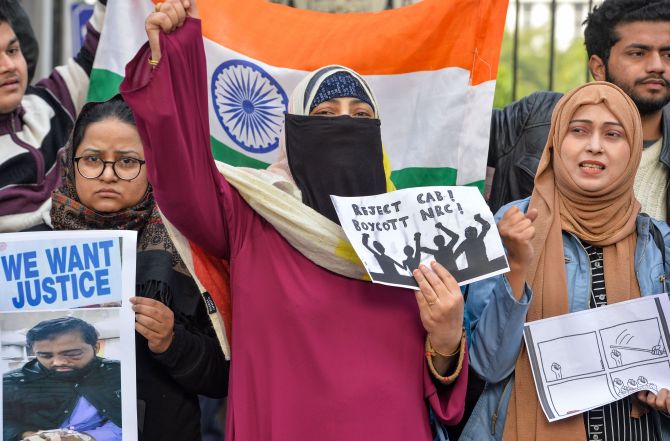 Students from several schools in Noornagar, Batla House and Okhla also attended the protests on Monday.

The Jamia students, demanding withdrawal of the amendments in the law, questioned Prime Minister Narendra Modi's remark that his government has never discussed the National Register of Citizens after coming to power for the first time in 2014.

The students asked how many detention centres will the government build if all Muslims, Christians and other minorities are "outsiders" and "illegal migrants".

The students alleged that PM Modi has developed "sudden love" for the police forces.

Ashish Jha, a Jamia student addressing protestors said, "This government didn't lodge a single case when police were beaten up in courts a month back.

"They had no love for policemen then. Now, when police have thrashed students at Jamia, AMU and other varsities, they are calling police "Shaheed". What about students and others who died in UP?" 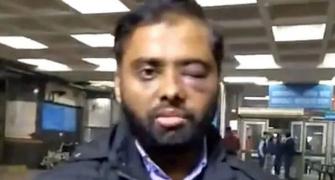