Another gang rape in Kolkata, one arrested

In yet another incident of crime against women in West Bengal capital, a young woman was allegedly gangraped at Chetla in southern part of the city, the police said.

The 26-year-old woman was forced to get into a car with her eyes tied up by a group of ten unidentified men last evening near Chetla bridge and taken to an undisclosed location after half-an-hour drive where she was allegedly raped, Joint Commissioner of Police (Crime) P K Ghosh said.

The complaint stated the victim was later dumped during wee hours on Monday by the accused at the same place where she was taken away from.

Ghosh said the matter was being investigated after a complaint was made by the woman with the police at Charu Market police station in this regard.

The case has been registered against ten unnamed persons under various sections of IPC on the charges of kidnapping, criminal intimidation, gangrape, elope and criminal conspiracy, Ghosh said.

A person named as Ajoy has been arrested as he was found making calls to the woman.

The complaint by the victim, however, said two persons raped her. The victim, mother of a 10-year-old girl, is a maid who was separated from her husband. 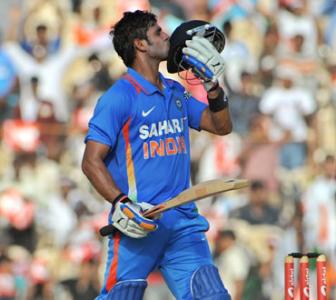 I now treat every game as my last chance: Manoj Tiwary