Another bigoted attack against Indian American Congressional aspirant in Kansas 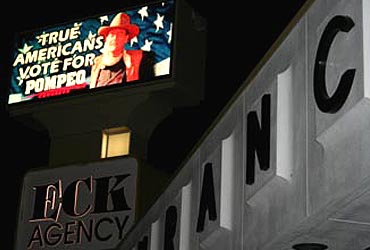 Indian American state legislator, Democrat Rajiv Goyle, who is running for the United States Congress from the open 4th District seat in Kansas against Republican Mike Pompeo, is as all-American as can be -- born and raised in Wichita, Kansas, and then returning home after graduating from Harvard Law School to serve his state.

His parents, Drs K K Goyle and Vimal Goyle, both physicians, have for nearly three decades run a small medical clinic in Wichita.

But evidently, this has not stopped the Pompeo campaign from trying to insinuate that Goyle is a foreigner. The latest attack against Goyle on the eve of the election on November 2 has been a bigoted and illegal attack through billboards exhorting 'Vote American, Vote Pompeo.'

On Sunday, Goyle's campaign manager Kiel Brunner fired off a letter to Pompeo's campaign manager Rodger Woods asking him to "put an end to all bigoted and fear mongering attacks and tactics," and arguing that "the political process deserves better, as do Kansans."

He wrote to Woods that he had "been informed that the Kansas Democratic Party will be filing an FEC (Federal Election Commission) complaint for illegal and offensive billboards located at 540 S Broadway, Wichita, Kansas," and said, "The statement 'Vote American, Vote Pompeo' is unfortunately another example of offensive material linked to your campaign."

Brunner said in the missive, "We hoped that your apology over the posting of the infamous 'turban topped' blog post in August was the last time we would deal with bigotry in this campaign.

"We have known about this billboard for at least 24 hours," he said, "It is simply hard to believe you and your campaign are not aware of its existence.

"I hope you agree that illegal, offensive and bigoted material has no place in this campaign."

In August, Pompeo was roundly condemned for using Twitter to direct his followers to a blog posting, which he said would be "a good read" that attacked Goyle in what the Indian American Leadership Initiative described as "a most vile, racist and bigoted manner."

Pompeo's suggested reading a blog posting that  included, in part, the following: 'Just like his evil Muslim communist USURPER comrad [sic], barrack hussein obama, This goyle character is just another 'turban topper' we don't need in congress or any political office that deals with the U.S. Constitution, Christianity and the United States of America!!!"

At the time IALI President, Kathy Kulkarni, in condemning Pompeo said, "It is stunning that a candidate for federal office would support such a hateful and bigoted tirade. There are always people on the fringe who will use ethnic smears to attack Indian Americans, but we are outraged that a candidate for Congress would encourage his supporters to use such tactics."

She said, "It is un-American and certainly contrary to the values of the people of Kansas. It is unfortunate that, even in 2010, we see campaigns tactics employed to generate fear, prejudice and hatred."

Kulkarni pointed out that "four years ago yesterday, Senator George Allen of Virginia made reference to an Indian American as 'Macaca' and the voters decided that he was not fit for elected office. Let's make sure Raj Goyle's opponent for Congress sees the same fate."

Following the furore over his tweet that the bigoted blog against Goyle would make 'a good read,' Pompeo had called Goyle to apologise and also posted an apology on his Facebook page on August 12 at 12.27 pm, saying that "yesterday at approximately 2:00pm the Pompeo for Congress Press office inadvertently posted a link to a tremendously offensive blog post on the Pompeo for Congress Facebook page and the same link was Tweeted. The mistake was discovered within less than an hour of it occurring and the Facebook post and Tweet were pulled down immediately upon our learning of the error."

He said, "It was an honest mistake and our campaign truly regrets the error," and went on to state that the "the statements of the blogger in no way reflect my views. There is no place in campaigns or in public discourse for language of this nature.  I have placed a personal call of apology and spoken to Rep Goyle directly expressing our campaign's regret for the error."

Pompeo added: "I have spent a great deal of time visiting with the staff person who inadvertently posted this link. I am convinced there was no malice in his actions. He mistakenly posted a link to the wrong Google alert."

"I want also to apologise to our Facebook friends and Twitter followers who may have followed the link," he added.

At the time, Robert Becker, senior communications adviser to Goyle, told rediff.com that Pompeo had "called and apologized and Raj spoke with him and they reached an agreement that this kind of bigotry has no place in the public discourse and campaigns and we intend to fully hold him to that standard."

"They have said that this was a mistake made by a member of their staff, but I don't necessarily buy that," Becker said. "I have made it very, very clear that if any one of our staff did that -- just posted something that bigoted and xenophobic and all that, they would be fired immediately."

At the time, Becker said, as of now, Goyle had taken Pompeo's apology at face value and accepted it "with the agreement that this type of bigotry will not be part of the dialogue in his campaign for the next 84 days and beyond. I mean, honestly when I saw that on Twitter with the caption, 'here's a great read,' I was shocked."

But Goyle's campaign staff told rediff.com that the billboard, which implies that Goyle is a foreigner, "clearly shows that the Pompeo campaign continues with its bigotry despite Pompeo's pledge that bigotry will have no place in his campaign." 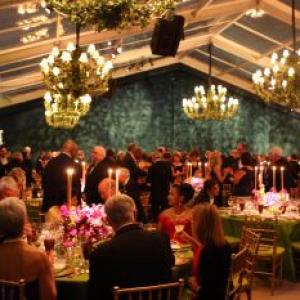