India on Friday asked Pakistan to dismantle the terror machine operating on its soil and bring perpetrators of the Mumbai attacks to speedy justice as the country marked the second anniversary of the 26/11 strikes.

"Once again I call upon Pakistan to dismantle the terror machine operating with impunity in territories under its control and to bring all the perpetrators of the Mumbai terror attacks to speedy justice," External Affairs Minister S M Krishna said.

In his message on the 26/11 anniversary, Krishna said, "On the second anniversary of the barbaric terrorist attack in Mumbai, the nation pays respectful homage to its sons, daughters and foreign guests, whose innocent lives were cruelly snuffed out."

Ten Pakistan-based Lashkar-e-Tayiba terrorists arrived by sea on the evening of November 26, 2008, in Mumbai and targeted different parts of the city, killing 166 people and wounding over 300 during 60 hours of carnage.

India has accused Pakistan of not doing enough to bring the plotters behind the audacious attacks to justice. "The day is a stark reminder, that no cause can ever justify terror, either by state or non-state actors," said Krishna, who is in Colombo on a four-day official visit.

He said India seeks peaceful, stable and cooperative relations with Pakistan. "I travelled to Islamabad last July for talks and have also invited my counterpart to visit New Delhi for further discussions," he said.

"India is committed to resolving all outstanding issues with Pakistan through dialogue," the minister added. Kingfisher starts New Delhi-Hong Kong flight
We have nothing to be afraid of: Krishna on Pak 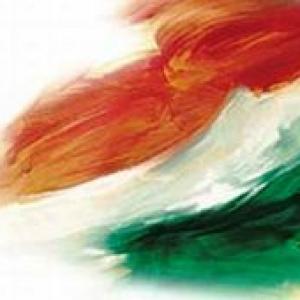