Anna Hazare to fast unto death over Jan Lokpal Bill

Anti-corruption crusader Anna Hazare will observe fast unto death from Tuesday until the government enacts a comprehensive law such as the Jan Lokpal Bill to tackle the menace.

"My fast unto death begins from Tuesday. I was saddened when the prime minister rejected the demand by leading civil society members to include them and senior ministers in the joint committee to draft the Jan Lokpal Bill (Citizen's ombudsman Bill)," 72-year-old Hazare told mediapersons.

He said that a Group of Ministers headed by Sharad Pawar is looking into the contents of the proposed anti-corruption bill and civil society members would be consulted later. Retired Indian Police Service officer Kiran Bedi and social reformist Swami Agnivesh were also present and pledged their support to Hazare.

Hazare lamented that the views of eminent persons such as Justice (retd) Santosh Hegde, advocate Prashant Bhushan and Agnivesh were not considered important by the government and "a minister like Sharad Pawar, who is known for possessing large amounts of land in Maharashtra, is heading a committee that will draft the bill."

Swami Agnivesh said he attended the meeting this morning of the sub-group on transparency of the National Advisory Committee headed by Sonia Gandhi. He said a 'Jan Lokpal' should be set up at the Centre and a 'Jan Lokayukta' appointed in each state to handle corruption cases, probe them and ensure prosecution.

"If the NAC had also decided to look into our demands, Hazare would not have to sit on fast from tomorrow. At an earlier meeting of ours with the group of ministers, Law minister M Veerappa Moily kept saying there was no precedent of having a joint committee to draft such a bill," Agnivesh said.

Bedi said just like the nation united during the cricket world cup to boost India to victory, people, activists and media have to create a non-stop movement till the Jan Lokpal Bill is adopted by Parliament. The activists also claimed support of 1983 cricket world cup winning captain Kapil Dev and said he had written a letter to Prime Minister Manmohan Singh support their demand.

The activists handed over a copy of the letter written by Kapil Dev to the Prime Minister on March 30 in which he said he was "pained" to see once scam after another come out during the Commonwealth Games.

The letter said many committees have been set up to go into the scams but no concrete action has been taken so far. "Why can't we have an independent Lokpal to look into these scams. I consider you as the cleanest politician in the recent history and I urge you for a Jan Lokpal Bill," Kapil Dev added. 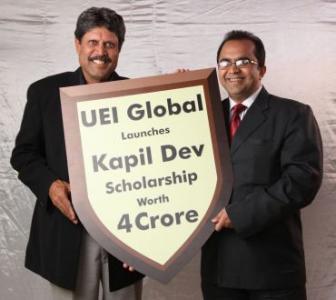 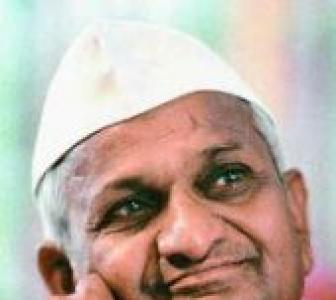