Amid the Centre's move to initiate the process for the creation of a separate Telengana state, the demand for statehood to Vidarbha in Maharashtra gained momentum, as former Union minister Vilas Muttemwar on Thursday met Prime Minister Manmohan Singh and demanded a separate state for the region.

Muttemwar, senior Congress Member of Prlaiment from Nagpur and protagonist of the statehood campaign for Vidarbha, met Prime Minister Manmohan Singh and urged him to take steps for the creation of a separate state.

In a letter to the prime minister, Muttemwar said the people of Vidarbha have been peacefully demanding statehood for the region since a long time. The region has great potential and was economically viable, he said.

The proposal for the creation of a separate Vidarbha has been studied by many committees from time to time, Muttemwar said, while thanking the PM for settling the Telangana issue once for all.

"I feel that the time has come to respect the aspirations of the people of Vidarbha by carving out a separate Vidarbha out of the existing state of Maharashtra," Muttemwar said in his letter, a copy of which was released to the press today. 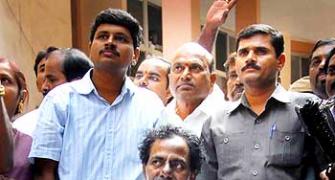 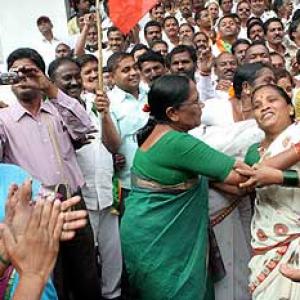