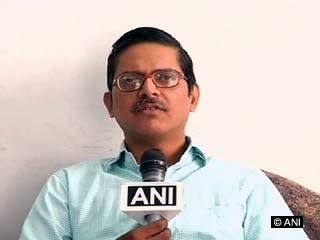 According to the details, Thakur has one house at Gomti Nagar and a plot in Muzaffarpur (Bihar) -- which he "got before" joining the IPS while his wife has three properties in Sitamarhi and Patna in Bihar and six properties in Lucknow, "procured through her own income".

In a letter to Principal Secretary (Home), Thakur said if the chief minister, as the decision-maker, does not find his explanations adequate enough, he must give him a personal hearing before taking any final decision, so that he (Thakur) may also bring his facts before the CM.

Suspended on July 13, Thakur was served a 200-page charge sheet on July 15 charging him with dereliction of duty, arbitrariness and indiscipline, and he submitted a 30-page reply saying he was "not at fault".

In a letter to principal secretary (home), Thakur said on July 16 he had submitted his reply to the 16-point charge sheet given to him after his suspension, stressing that none of the charges against him hold any ground and so the suspension be immediately revoked and the charge sheet be quashed.

Meanwhile, Thakur on Monday submitted details of his immovable assets to the Uttar Pradesh government after a notice was slapped on him seeking information about his properties.

In the notice sent by IG (Personnel) B P Jogdand on Saturday dated July 16, Thakur was informed that an open enquiry has been initiated against him by the vigilance department and he needed to present the details of moveable and immovable properties of his own and that of his dependents on six given points by July 19.

"I have given the information that my close family consists of four members of whom my daughter Tanaya and son Aditya are dependent on me while wife social activist Dr Nutan Thakur is financially independent since the beginning of marriage," Thakur said.

Thakur also enclosed copies of his information given in Lokpal Act for 2014-15 saying most of the information sought is already given in this.

He said he needed about a month to present detailed information about any possible sale and purchase of household goods undertaken in his entire service period.

Thakur has welcomed the vigilance inquiry saying that it provides an opportunity to prove ones genuineness and that it shall be done whenever any doubt arises.

The IPS officer was suspended on July 13 by the UP government hours after he approached the Union home ministry in New Delhi seeking a CBI probe into the rape charges slapped against him. The rape charges came days after Thakur lodged a complaint against the SP chief for allegedly threatening him.

He has sought central force protection and a CBI probe into the rape case. The case was registered hours after the officer had lodged a complaint against Samajwadi Party chief Mulayam Singh Yadav for allegedly threatening him.

Thakur said he would soon go to court in connection with these two cases.

The official stirred a political storm by releasing the text and audio of the conversation purportedly carrying Mulayam's voice.