Hyderabad-born and Texas-raised Timmaraju, 39, is currently the director of the Office of the President at Planned Parenthood Federation of America and a former district director for US Congressman Nick Lampson of Texas.

She was one of the top advisers and confidantes during Bera's election campaign.

Bera, who will be the only Indian American lawmaker in the 113th Congress and the first ever Indian American physician elected to the US Congress, in announcing the appointment of Timmaraju, said, "I am doing everything I can to be prepared to represent the people of Sacramento County, and I am thrilled Mini will be leading my team."

"Her experience running a Congressional district office will ensure that both our DC and district staff is focused on serving the needs of the people of Sacramento County" he said, and added, "Her experience at PPFA working on issues affecting access to affordable health care at the national level will be an important asset to my team."

Timmaraju will assume her duties as Bera's Chief of Staff on January 3 and is currently winding up her duties at the PPFA.

At PPFA, she managed the office of its president Cecile Richards and partnered with executive management to impact the strategic direction of the organisation. This followed her previous stint with Congressman Lampson and an earlier one as consultant to numerous state and local elected officials, candidates, and non-profit organisations.

In an interview with rediff.com, immediately after her appointment was announced by Bera, Timmaraju said, "I am incredibly honoured to be joining Congressman-elect Bera's team. Not only is his election a historic one for our community but I share his goals -- to build an economy that works for the middle-class and making sure the next generation has the opportunity to pursue the American Dream."

She said, "I am really looking forward to getting to work serving the constituents of California's 7th district and applying my experience as a district director for former Congressman Nick Lampson to open more doors for average Americans to connect with their government."

Timmaraju was also confident that her work at PPFA "will complement Dr Bera's experience and commitment to expanding access to affordable health care for Californians."

A Houstonian at heart, she describes herself as a "feminist, political junkie and a foodie".

She had also had an association with late sitar maestro Ravi Shankar. After the death of the legend, she had tweeted, "I have amazing memories of being a young music student playing tempura in his backup ensemble at Jones Hall in Houston."

She is the only child of Siv, an engineer and Chaya Timmaraju, who worked in early childhood education. Both her parents are now retired although her mother is still active in community affairs and is still on the board of the Vedanta Society of Greater Houston. 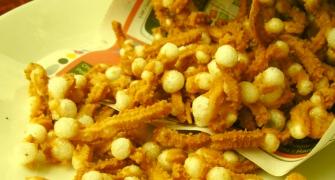 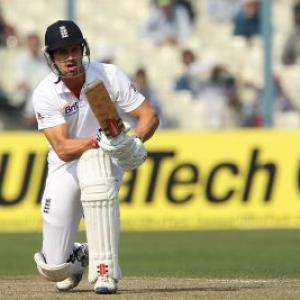