Arrangements for the annual pilgrimage to the Himalayan cave shrine of Amarnath are being finalised as the yatra is scheduled to start from June 29. The pilgrimage got delayed this year because of heavy snow in the area and along the north and south treks.

Though the 'Pratham Pujan' which marks the beginning of the annual pilgrimage to the cave shrine was held on June 15, the actual one and a half month-long yatra will take off from Jammu on June 29 morning.

State governor N N Vohra, who heads the Sri Amarnath Shrine Board, which oversees the yatra arrangements has been constantly monitoring the arrangements for the pilgrims.

So far, over two lakh pilgrims have registered themselves at various centres across the country so far. Security arrangements for the yatra were reviewed on Saturday, with the State Director General of police Kuldeep Khoda holding a high level meeting, which was attended by senior civil, police, army, paramilitary and intelligence officers.

An official statement said that sufficient telecommunication network has started functioning at various locations across the state to coordinate among the different agencies involved in the smooth conduct of yatra.

"Intelligence inputs also came under discussion and it was decided that the control rooms established by different agencies will coordinate and keep vigil on the situation to foil any possible attempt by miscreants," it said.

Addressing the meeting, Khoda emphasised for close coordination at all levels to make the yatra successful. He said that security of yatris should be 'our priority and every officer should be held accountable in the field'.

He said, "All the areas should be sensitized, for which all resources should be utilised to ensure the security of yatris. We will seek daily feedback from the field officers, and will hold regular joint meetings for any discussions."

During the meeting, it was decided that to meet any eventuality, disaster management would be activated and rescue teams already constituted would be provided all logistic support to provide timely assistance to the yatris.
Mukhtar Ahmad in Srinagar
Related News: Sri Amarnath Shrine Board, Kuldeep Khoda, N N Vohra, Pratham Pujan, Jammu
SHARE THIS STORY
Print this article 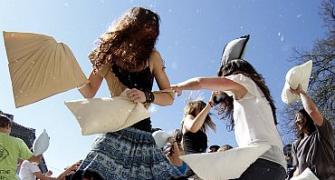 In PHOTOS: It's an odd, crazy world out there
J&K: Despite boycott calls, panchayat polls begin
Jawan killed in landmine blast in J&K 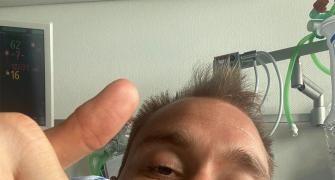