A Delhi court on Tuesday extended by four days the custodial interrogation of fact-checking website Alt News co-founder Mohammed Zubair, a day after he was arrested by the Delhi police over an “objectionable tweet” he had posted in 2018 against a Hindu deity. 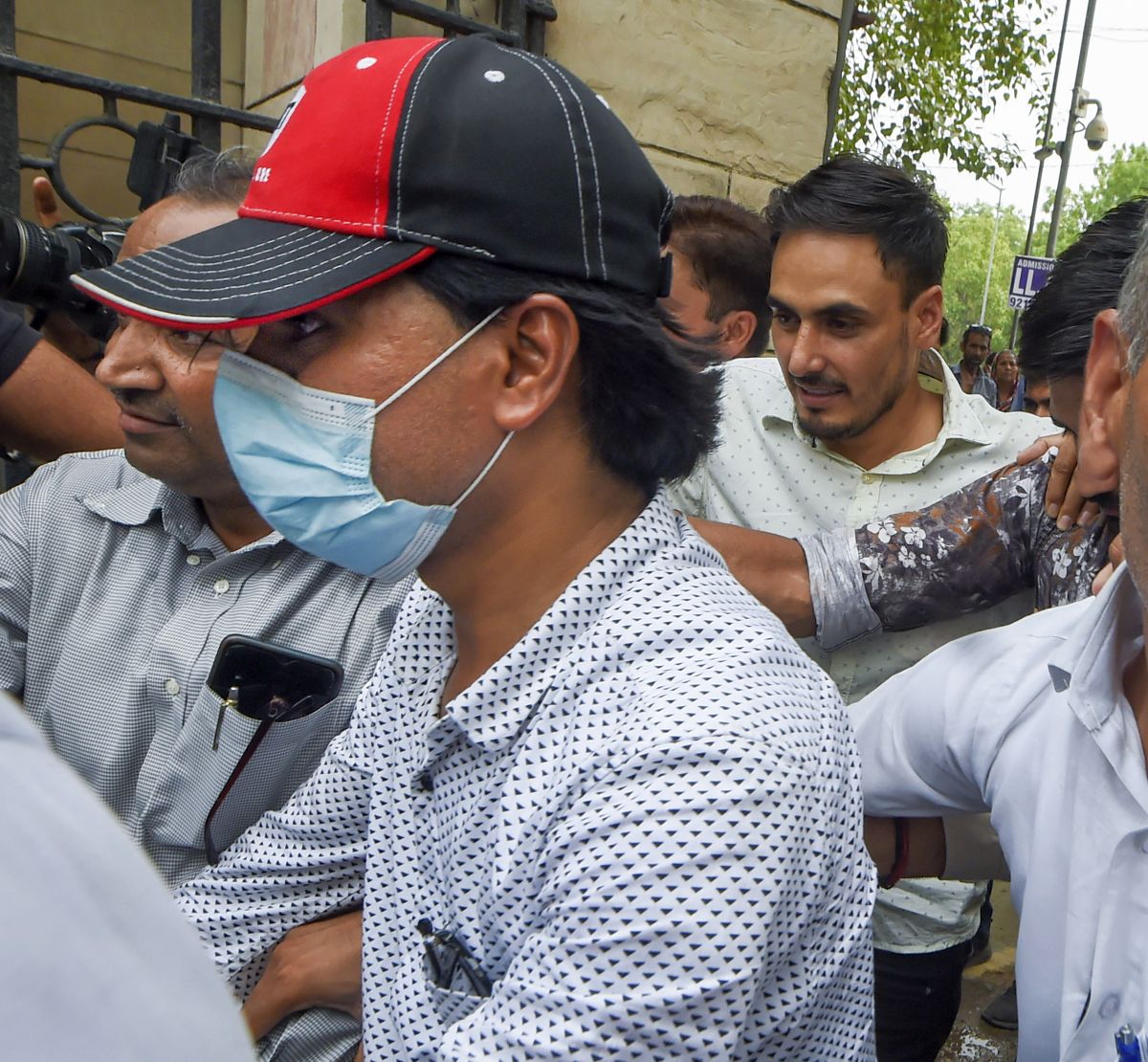 As calls grow for the immediate release of the journalist, the Delhi Police claimed before Chief Metropolitan Magistrate Snigdha Sarvaria that the accused was following a trend where he used religious tweets in an effort to get famous.

“This was a deliberate effort on his part to create social disharmony and hurt religious feelings,” the police alleged. The accused, however, alleged that the police is abusing its power and wanted a "fishing enquiry".

Describing Zubair's arrest on charges of hurting religious sentiments as "extremely disturbing", the Editors Guild of India said his release was necessary to buttress the commitments made by Prime Minister Narendra Modi at the G7 meet in Germany to ensure a resilient democracy by protecting online and offline content.

PDP president Mehbooba Mufti said it was ironic that the arrest was made on a day when India joined G7 countries to protect free speech, a sentiment shared by a group of activists who said it was "absolute hypocrisy" of the government.

Leaders of the powerful G7 grouping and its five partner countries, including India, have said they are committed to open public debate and the free flow of information online and offline while guarding the freedom, independence and diversity of civil society actors.

Zubair was produced before the court on the expiry of his one-day custodial interrogation.

The police submitted before the court that Zubair did not cooperate with the investigating agency and that his custodial interrogation was required to gather information regarding the device from which the tweet was made by him.

During the hearing, Zubair's counsel Vrinda Grover said the photo which the accused used in the tweets is of an old Hindi film from 1983 by Hrishikesh Mukherjee, “Kissi Se Na Kehna”, and that the movie was not banned.

The court, however, rejected the submission saying it was of no assistance to the accused at this stage.

“Considering that mobile phone/laptop of accused used by him for posting the tweet in question is to be recovered at the instance of accused Mohammed Zubair from his Bangalore residence and that accused has remained non-cooperative and the disclosure statement on record, four days PC (police custody) remand of accused is granted since accused is to be taken to Bangalore,” the judge said in a 3-page order.

The judge then directed that Zubair be produced before the court on July 2. Police had sought an extension of Zubair's custody by five days.

Grover opposed the police plea alleging that it had called Zubair for questioning in some other case but he was arrested in the present case in haste.

She said the tweet in question was published by Zubair in 2018.

In any case, the Twitter handle using Zubair's tweet is not the spokesperson of all the Hanuman devotees, she added.

“They're claiming that I edited the photo in question. The tweet is present there since 2018. Since 2018 that tweet has not created a flutter. Multiple Twitter users had shared the picture. Prima facie there is no case."

“Police is trying to create media hype, media frenzy. Police are abusing their power. They wanted my (Zubair's) laptop because I am a journalist and there is various sensitive information in it. They want a fishing enquiry,” Grover said.

KPS Malhotra, Deputy Commissioner of Police (Intelligence Fusion & Strategic Operations), told PTI that a four-member police team will be sent to Bengaluru on Wednesday to Zubair's house as part of investigations to recover the evidence, including the mobile phone or laptop used by him for posting the tweet in question.

The BJP lashed out at opposition parties, especially the Congress, for protesting against the arrest of Zubair and activist Teesta Setalvad alleging that they were working as part of a "poisonous ecosystem" where one offender protects another if anyone is caught.

The Congress hit back at the BJP, alleging that the "coward" government is sending out a message to those who expose its "fake news".

West Bengal Chief Minister Mamata Banerjee lashed out at the BJP-led Centre over the arrests of Zubair and Setalvad for "trying to expose the truth" and wondered how those who spread hatred among communities are roaming free.

Left parties also joined the Editors Guild of India, the Press Club of India and the Mumbai Press Club in demanding the immediate release of Zubair.

The Left-affiliated All India Students' Association staged a protest in Jawaharlal Nehru University against the arrest and raised slogans against the government.

In a statement, Aakar Patel, chair of board for Amnesty International India, said the Indian authorities are targeting Zubair for his "crucial work" to combat the rise in fake news and disinformation and call out discrimination against minorities. 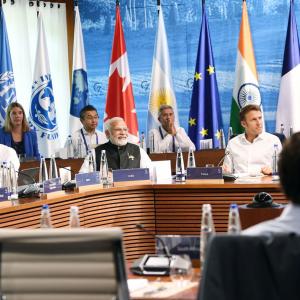 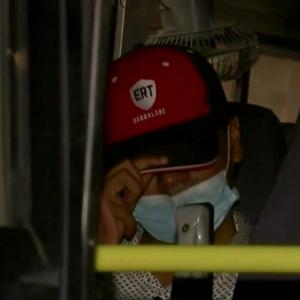