The Central Bureau of Investigation has intensified its probe in 2G spectrum allocation during the National Democratic Alliance regime when late Pramod Mahajan was the telecom minister and asked the Department of Telecom to provide license agreements with all telecom providers between 2001 and 2007.

The DoT, in response to CBI's plea, provided the license agreements that the department had with Bharti Telenet Limited for Delhi service, Aircel for Delhi and Mumbai.

However, files pertaining to DoT's agreement with Hutchison and Streling Cellular (now know as Vodafone-Essar Mobile service), BPL and Idea could not be traced immediately and efforts were on to locate them, official sources said on Tuesday.

In a letter to CBI's Dy SP R A Yadav, an under secretary in the DoT , said "efforts are underway to locate the remaining license agreements as requested and the same would be furnished shortly."

"The then minister for telecom and communication (Pramod Mahajan) has been excluded since he expired," CBI had said in a statement but accused him of being a part of criminal conspiracy to allocate the additional spectrum in a "hurried" manner.

Mahajan of the BJP was the telecom minister during 2001-03. United Progressive Alliance-I came to power in 2004.

Both Bharti Airtel and Vodafone have said they had always maintained the highest standard of corporate governance and regulatory compliance.

The CBI alleged in its FIR that DoT had increased the base spectrum for telecom companies from 4.4 MhZ to 6.2 MhZ during Mahajan's tenure from 2001 to 2003 and also allocated extra spectrum on subscriber-based criteria.

In the FIR, CBI said a case has been registered against the then telecom secretary, the then DDG (VAS); three private cellular companies, and others for alleged irregularities in the grant of additional 2G spectrum and causing a loss of Rs 508 crore approximately during the period 2001-2007.

It was alleged that the then secretary (telecom) and the then DDG (VAS), DoT, entered into a criminal conspiracy with three beneficiary private companies, based in Delhi and Mumbai, and abused their official positions as public servants.

"The public servants, with approval of the then minister of telecom (communications and IT) (since expired), took an alleged hurried decision on 31.01.2002 to allocate additional spectrum beyond 6.2 MHz in violation of the report of a technical committee," the agency alleged.

Source: PTI© Copyright 2020 PTI. All rights reserved. Republication or redistribution of PTI content, including by framing or similar means, is expressly prohibited without the prior written consent.
Related News: Central Bureau of Investigation, FIR, Mahajan, Bharti Airtel, Department of Telecom
SHARE THIS STORY
Print this article 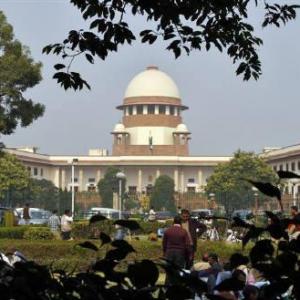