News
Business
Movies
Sports
Cricket
Get Ahead
Money Tips
Shopping
Sign in  |  Create a Rediffmail account
Rediff.com  » News » All Is Not Well With Shinde Govt In Maharashtra

The ministry-making exercise took so long because many factors needed to be balanced. But now that it is in place, not everyone is happy with the resultant equation. 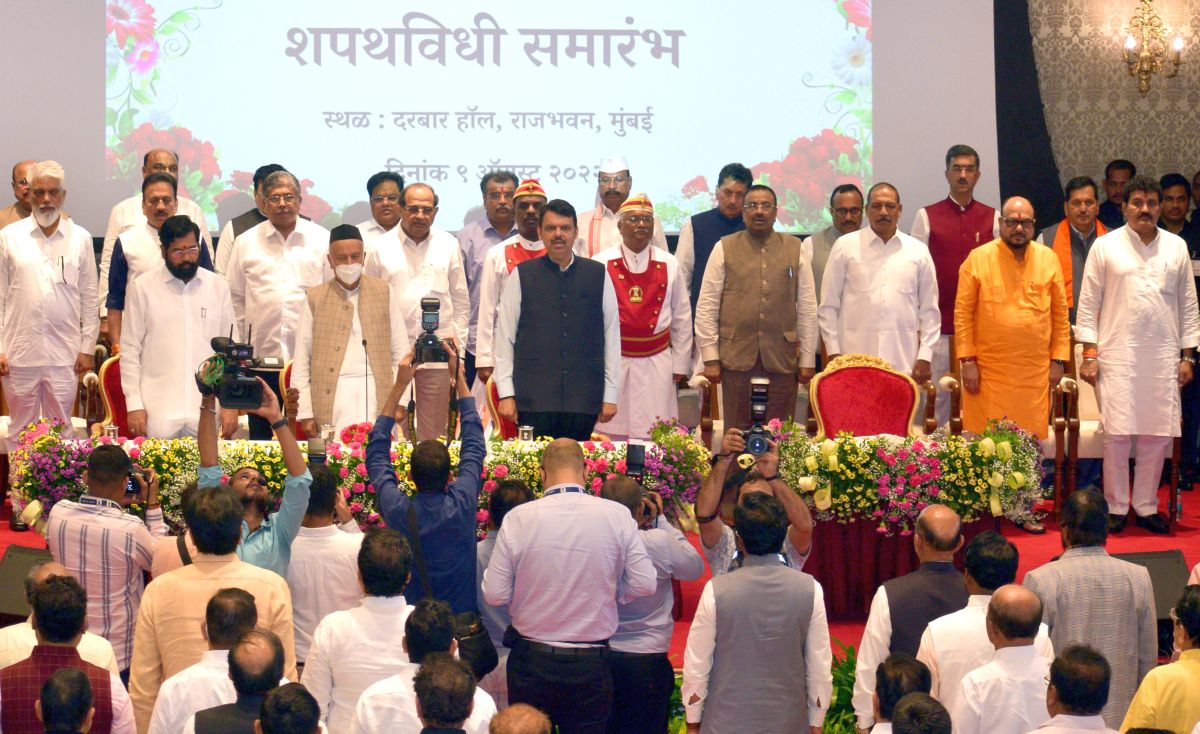 Grumbling has already begun on who's in and who's left out of the Maharashtra council of ministers, sworn in on August 9, 2022, some 40 days after Uddhav Thackeray and his team were displaced from office by a group of dissident Shiv Sena MLAs led by Eknath Shinde with the assistance of the Devendra Fadnavis-led Bharatiya Janata Party.

The ministry-making exercise took so long because many factors needed to be balanced.

But now that it is in place, not everyone is happy with the resultant equation.

To soothe the disappointed MLAs who had staked their all to cross the floor and install a new chief minister, Shinde said after the expansion: 'We have done the first phase of expansion. In the second phase, we will certainly accommodate more candidates.'

Prithviraj Chavan, Congressman, MLA, and former chief minister, has something else to say.

"They (the Shinde-Fadnavis government) will now realise what they have walked into. There are so many factions that have to be appeased -- the original BJP workers who have been toiling in the field for years; the 'newcomers' or those who left the Congress or the Nationalist Congress Party a few years ago to join the BJP or Sena; those who have crossed the floor from the Uddhav faction to join Shinde from the Shiv Sena; and the old Shiv Sena workers loyal to Shinde. Whom to reward? This is going to become a big problem for the coalition to handle."

On the face of it, the Maharashtra government now has 18 ministers -- nine each from the Shinde faction of the Sena and the BJP.

But this in itself is numerically distorted: The BJP has 106 MLAs in the assembly, which currently has 287 members.

Shinde had obtained the support of 40 of the 55 Sena MLAs to win the confidence vote.

So in terms of representation the BJP should have more ministers.

Shinde loyalists argue that since they had sacrificed more (many who crossed the floor had been ministers, positions they gave up without conditions or guarantees) they should get more.

The sense of injustice is heightened by the induction of elements like Sanjay Rathod, who is linked to the suicide of a young woman known to him.

Rathod was part of the previous government and the BJP had demanded then that he step down.

The Leader of the Opposition, Ajit Pawar of the Nationalist Congress Party, said: 'The government should have exercised caution to keep controversial ministers out of the cabinet.'

One who has become minister is Vijaykumar Gavit, who represents Nandurbar, a tribal-dominated region, and had joined the BJP in 2014.

He was tribal development minister between 2004 and 2012 in the Congress-NCP government and during that period, a public interest litigation petition filed at the Bombay high court led to his sacking and the setting up an enquiry headed by retired judge M G Gaikwad on April 15, 2014.

In its 3,000-odd page report, the committee found Gavit had allowed contractors rather than state government departments to prepare feasibility and other reports -- and had then handed out contracts to those very people.

In several cases the tendering process was not followed, while in many others the selection of beneficiaries was not done with due diligence, the committee reported.

At that time, the BJP had mounted a campaign for his resignation.

What followed -- ironically -- was his joining the BJP.

These are not the only challenges before the new council of ministers.

Earlier this month, the outgoing Chief Justice of India, N V Ramana, had said the Supreme Court would decide on the questions of law involved in the case and whether to refer to a five-judge Bench the Constitutional matters on the disqualification of MLAs arising from the Maharashtra political crisis. That hearing is still to take place.

So that sword -- technically -- continues to hang over the new government.

Meanwhile, elections to the BrihanMumbai Municipal Corporation are looming.

All parties have a lot riding on the outcome of the events in Maharashtra.

For the Shiv Sena, it is an existential matter.

For the other parties, it is a matter of justice.

But the dominant feature of Maharashtra po1litics is uncertainty. 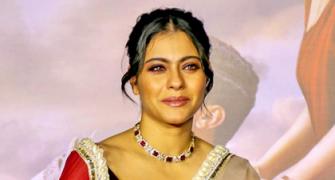 Does Kajol Want To Make Us Cry? 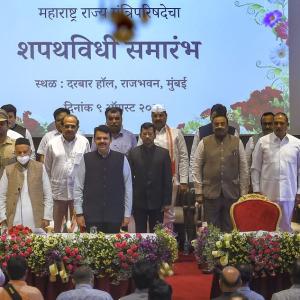 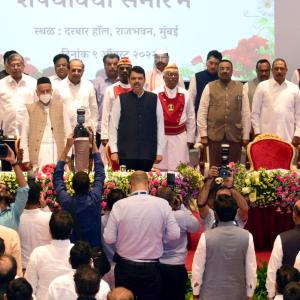