In a pre-dawn encounter, all four accused in the rape and murder of a young veterinarian were shot dead by police on Friday, as the dramatic turn of events evoked praise but also sparked concerns over extra-judicial killings. 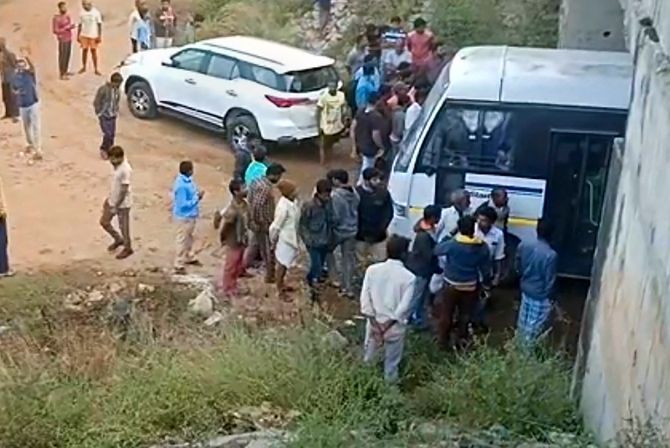 IMAGE: Police at the site of the encounter where four accused in the rape and murder of a veterinarian were shot dead. Photograph: PTI Photo

Police said the accused, lorry workers aged between 20 and 26, were killed during an exchange of fire that took place between 5.45 am and 6.15 am when they were taken by a 10-member team to the scene of the crime at Chattanpalli, 50 km near Hyderabad, from an undisclosed location for a reconstruction of events as part of the investigation.

Prime accused Mohammed Arif (26), Chennakeshavulu, Jollu Shiva and Jollu Navin (all 20 years) were not handcuffed at the time of the incident, police said.

The four men were arrested on November 29 for allegedly raping and killing the 25-year-old veterinary doctor by smothering her and later burning her body, an incident that led to widespread outrage and brought back memories of the December 16, 2012 gangrape and murder of a physiotherapy intern in Delhi.

They were in police custody.

Cyberabad Police Commissioner CV Sajjanar told reporters his men resorted to "retaliatory" firing after two of the accused opened fire at the police personnel after snatching weapons from them and tried to escape.

He said Arif was the first to open fire followed by Chennakeshavulu, even as the police team was attacked with stones and sticks.

The police returned fire after initial "restraint" and asking the accused to surrender, he said.

The snatched weapons were in "unlocked" position, he added.

The accused were not handcuffed when the firing took place and the incident happened between 5.45 am and 6.15 am, he said.

A police sub-inspector and a constable suffered head injuries and were undergoing treatment, he said, adding they did not suffer bullet injuries.

"Even though our officers maintained restraint and asked them to surrender, without listening to us, they continued to fire and attack... our people started retaliation. And in that retaliation four accused got killed," he said, adding after examination all the four bodies were found with bullet injuries.

"Law has done its duty and that's what I can say," he said responding to criticism on the handling of the situation by the police.

Asked why the four men were taken to the crime scene in the early hours, the Commissioner said the accused were facing lot of threat from an angry public and hence brought at that time of the day. IMAGE: People shower flower petals on cops at the site where the four accused in the rape-and-murder case of a 25-year-old woman veterinarian were shot dead by police. Photograph: PTI Photo

The bodies of the four with one seen holding a pistol in a hand lay in the spot barely a few hundred metres away from the crime scene.

Surrounded by paddy and tomato fields some distance away on one side and the Hyderabad-Bengaluru national highway on the other, the stretch of uncultivated land where the bodies lay for legal formalities was swarmed by a battery of mediapersons and curious onlookers.

A medical team reached the spot and a doctor told reporters post-mortem will be conducted in nearby Mahabubnagar district.

The families of the four accused were shell shocked on hearing about the death of their wards with a grieving father asking whether his son deserved such a treatment.

News of the 'encounter' killing led to celebrations in some quarters and concern in others.

The father and the sister of the woman veterinarian said they were very happy and thanked the Telangana government and police.

"We watched on TV that they were killed in an encounter. We are very happy. Even people are happy. I thank the Telangana government and police for the encounter. I thank everyone who stood by us," the father told the media.

The young woman's sister hoped the killings would be a deterrent for others.

"With this incident people should be scared to commit such crimes (against women)," she said.

While the woman veterinarian has come to be known as "Disha", direction, the Delhi girl was dubbed "Nirbhaya", the fearless one.

People showered flower petals and paid homage to the veterinarian and raised slogans that justice had been done. Some shouted "Telangana Police zindabad"

Men and women distributed sweets to police personnel even as some celebrated the killing by bursting fire crackers near the encounter site and in other parts of Hyderabad.

"It has brought peace to the soul of Disha and her family has got justice. They (police) have done encounter we are really happy. It will act as a deterrent. Those want to do crime they should fear... the police have done a very good job," a city resident said.

The National Human Rights Commission took cognisance of the killings and ordered an inquiry, saying the encounter was a matter of concern and needed to be probed carefully.

Several rights activists spoke out to express their outrage and said the police cannot act like a lynch mob under any circumstance.

The encounter is an attempt by authorities to distract people from the government's failures to safeguard women's rights, the activists said, calling for an exhaustive inquiry. IMAGE: Women offer sweet to policemen as they commend the Hyderabad Police for its strong action against the four accused in the gang rape and murder of a 25-year-old veterinarian, in Hyderabad. Photograph: PTI Photo

According to Kavita Krishnan, secretary of the All India Progressive Women's Association, the killing of the four men is not justice but a "ploy" to shut down demands for accountability from the police, judiciary, governments, and justice and dignity for women.

Detailing the events leading to the exchange of fire, Sajjanar said the police team brought the accused to the location based on their 'confession' to recover a cellphone and 'other objects.'

"...all the four accused got together, they started attacking the police party with stones, sticks, and other material. And they also snatched away weapons from our two officers and started firing," he said.

Many political leaders stepped into the growing debate on the circumstances that led to the killing.

Samajwadi Party MP Jaya Bachchan, who had recently advocated lynching of rapists in Parliament, said the killing of the four men was "long due".

"Better late than never," she said.

Bahujan Samaj Party president Mayawati also praised the police for its strong action against the accused.

But there were others who expressed their consternation.

Source: PTI© Copyright 2021 PTI. All rights reserved. Republication or redistribution of PTI content, including by framing or similar means, is expressly prohibited without the prior written consent.
Related News: Sajjanar
Print this article 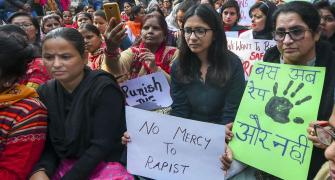 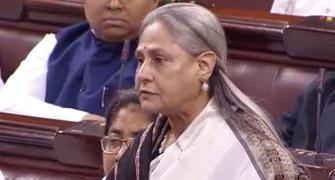 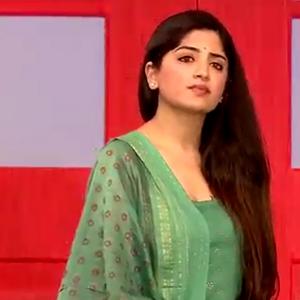