Khalid Shaikh Mohammed, mastermind of the 9/11 attacks, was warned by a senior Al-Qaeda military commander not to kill Wall Street Journal reporter Daniel Pearl in 2002 and that he should be "freed" but the American was killed anyway, according to leaked WikiLeaks documents.

Pearl, who was the South Asia Bureau chief of the Wall Street Journal, was beheaded by his Pakistani captors in February 2002 after being abducted.

"A senior Al Qaeda military commander strongly warned Khalid not to kill Pearl in 2002, cautioning him 'it would not be wise to murder Pearl' and that he (Pearl) should 'be returned to one of the previous groups who held him, or freed,'" a report in the Los Angeles Times said.

Quoting US military documents posted by WikiLeaks, the report said Khalid told his interrogators at Guantanamo Bay that he cut off Pearl's head anyway. Former top Al Qaeda military commander Sayfal-Adl was "outspoken in cautioning Khalid against killing the reporter," the report said.

Khalid, however, turned for guidance to another Al- Qaeda leader, identified as Sharif al-Masri, the group's chief financial officer, and the two of them "disagreed with Adl on this point." Next, "Pearl was taken to the house of Al Qaeda's finance chief in Pakistan, Saud Memon, and murdered" there.

The self-proclaimed mastermind of the September 11 attacks also told his captors of the aborted attempt by shoe bomber Richard Reid aboard a London-United States flight in late 2001.

He was arrested and sentenced to life in prison. Khalid said Reid had been irresponsible," according to the documents. WikiLeaks released classified material detailing information about detainees imprisoned at the US naval base at Guantanamo Bay, Cuba.

Khalid, captured in March 2003, had boasted in the documents that the "planes operation" of September 11 was his "dream and life's work."

Khalid also described a plan to build remote-controlled firing devices disguised as video game cartridges, the report said. He had begun preparations for bombing "the tallest building in California" in Los Angeles, "using at least two separate shoe bombs to gain access to the cockpit."

He wanted to hit Central Intelligence Agency and the Federal Bureau of Investigation headquarters and nuclear power plants, hack into US bank computers and hijack US cargo planes.

He also discussed a series of natural gas explosions he wanted to perpetrate in Chicago and researched "the feasibility of an operation to set fire to a hotel or gas station" there, the report said. 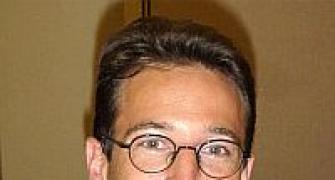 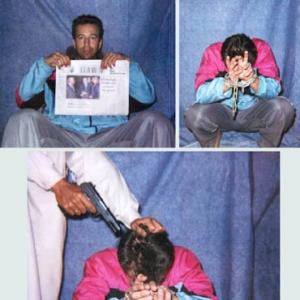 Did US, Pak botch up Daniel Pearl's murder probe?