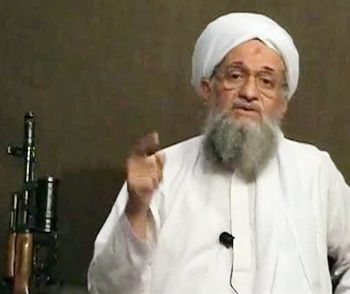 In its first video on Kashmir, Al Qaeda chief Ayman al-Zawahari has asked terrorists to inflict "unrelenting blows" on the Indian Army and the government to "bleed" the economy and make the country suffer.

In the video, Zawahari, who took over the reins of Al Qaeda after the death of Osama bin Laden, said, "I am of the view that the Mujahideen (armed terrorists) in Kashmir -- at this stage at least -- should focus with a single mind on inflicting unrelenting blows on the Indian Army and government so as to bleed the Indian economy and make India suffer sustained losses in manpower and equipment."

The video was posted on 'As-Sahab' channel, an in-house production of Al Qaeda used to relay the organisation's views to the world, also asked the terrorists "to establish stronger channels of communication with their Muslim brethren all over the world".

The video was checked by the security agencies who believed that it was an attempt to unite the disgruntled terrorist ranks in the valley, officials said.

While Zawahiri, who spoke in Arabic, did not mention Zakir Musa, the terrorist killed in May by security forces in Kashmir, his photo flashed on the screen as he spoke on Kashmir.

Musa was the founder of the Indian cell of the Al Qaeda, titled "Ansar Ghazwat-ul-Hind".

Zawahiri hails from Egypt and the United States has announced a reward of $25 million for information leading to his arrest or death.

The Al Qaeda chief also warned the terrorists not to fall into the trap of Pakistan, which he termed as a puppet of the US.

"All the Pakistani Army and government are interested in exploiting the mujahideen for specific political objectives, only to dump or persecute them later," Zawahiri said.

He said that Pakistan's "conflict with India is essentially a secular rivalry over borders managed by the American intelligence".

Zawahiri also said the "fight in Kashmir" is not a separate conflict but part of the worldwide Muslim community's "jihad against a vast array of forces". He called on "unnamed" scholars to propagate this point.

He warned that Pakistan's intelligence agencies, which he termed as America's primary tool in Pakistan, will try to prevent the Mujahideen from doing so, so that they remain under their control forever as a political bargaining chip. 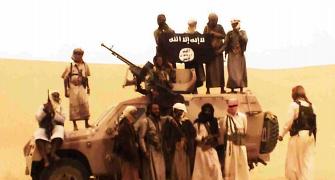 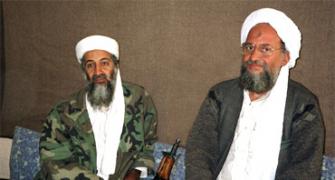 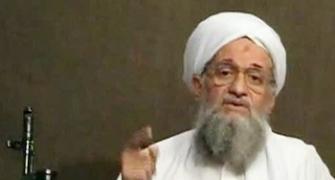 How much do you know about al-Zawahiri? Take our quiz!