Jailed activist Akhil Gogoi will contest the upcoming elections in Assam from Sibsagar as a candidate of his newly-floated Raijor Dal. 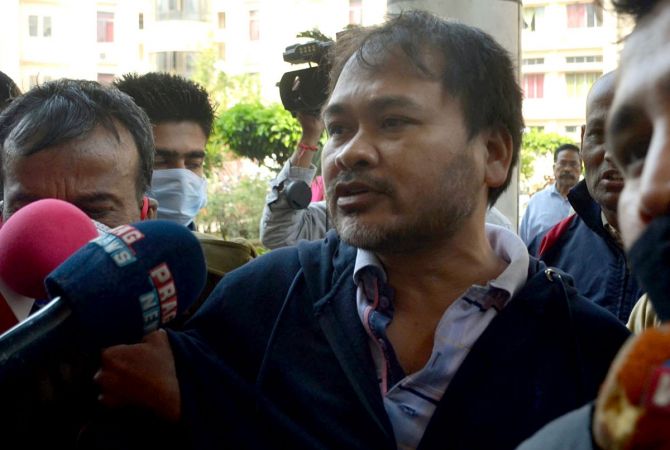 Announcing the list of 18 candidates that the party fielded in the first two phases, Raijor Dal working president Bhasco De Saikia said that Gogoi, who is in judicial custody after arrest during the protests over Citizenship Amendment Act, will contest from the Sibsagar constituency in Upper Assam.

In the first phase, the party will contest in 12 seats, and in the second phase, it has fielded candidates in six constituencies.

"We have decided to contest in only 18 seats with the intention of not dividing the votes so that the Bharatiya Janata Party is defeated and to ensure that there is an anti-CAA government in the state," Saikia said.

In the first phase, besides Gogoi from Sibsagar, the party named Dwiponjyoti Phulan from Chabua, Mohini Mohan Ligira from Moran and Lohit Gogoi from Mahmara.

In the second phase, it fielded Ruhul Das in Raha, Hareswar Barman in Rangia, Jotil Deka in Kamalpur, Sahabul Islam Choudhary in Dalgaon and Dilwara Choudhury in Jamunamukh.

Gogoi was booked under the stringent UAPA during the protests against the CAA in December 2019 and has been in judicial custody since then.

Prime Minister Narendra Modi and Congress leader Rahul Gandhi began their Assam campaigns from Sibsagar, and with Gogoi deciding to fight the election from the seat, it assumes significance.

The elections to the 126-member Assam assembly will be held in three phases, beginning on March 27. 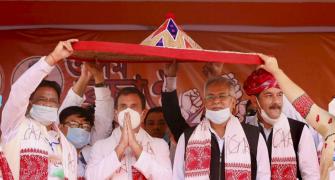