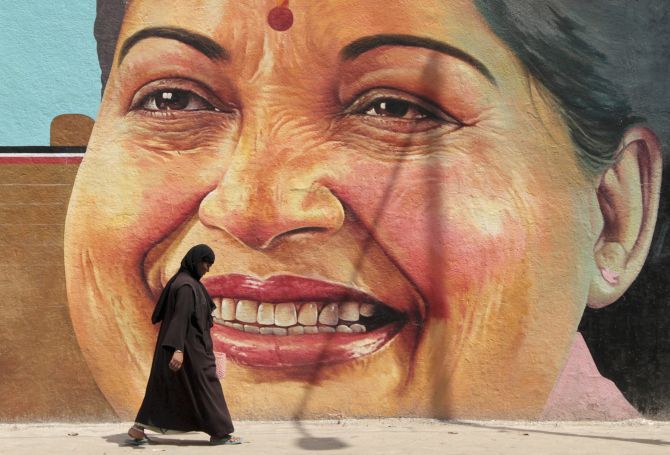 Virtually going it alone for the May 16 Assembly polls in Tamil Nadu, All India Anna Dravida Munnetra Kazhagam supremo and Chief Minister Jayalalithaa on Monday named candidates for 227 seats of the total 234 while leaving only seven seats for smaller allies.

Jayalalithaa also announced that she would be seeking re-election from RK Nagar here.

Sixteen of her cabinet colleagues were re-nominated while she denied seat to 10 others including minister for sports and youth welfare S Sundararaj who was recently in the eye of a storm over his inspection of a girl's hostel at night.

A majority of the 149 sitting MLAs have not been renominated. She has given opportunity to party functionaries from all levels of party hierarchy, and various wings, newcomers from the Desiya Murpokku Dravida Kazhagam and the Pattali Makkal Katchi, besides former elected representatives.

32 women have been given tickets, including two sitting women Ministers Gokula Indira and Valarmathi.

Former Ministers, who had held office and were later sacked like K A Sengottaiyan, S V Shanmugam, V Senthil Balaji, and KP Munusamy, have been given tickets.

Several professionals, including doctors, and advocates figure in the list.

Other prominent faces include Deputy Mayor of Chennai Benjamin, former Director General of Police R Natraj, now an AIADMK member. Among the sitting MLAs who have got tickets are D Jayakumar (former Speaker), JCD Prabhakar and Neelakandan.

Rebel sitting MLAs of DMDK and PMK, K Pandiarajan and M Kalai Arasu respectively have been given tickets. Panruti Ramachandran, a veteran politician who reverted to AIADMK after a stint in DMDK has got a ticket.

Assembly Speaker P Dhanapal, and P Vetrivel who vacated his seat for Jayalalithaa to enable her to contest in RK Nagar last year, have been named in the list.

Parithi Ilamvazhuthi, a former Minister belonging to the DMK and who switched loyalty to AIADMK in 2013, will seek his fortune as a ruling party nominee.

The announcement has also belied expectations of the former Union Minister GK Vasan-led TMC that it would be accommodated in the ruling AIADMK-led front.

Allies Indian Republican Party, All India Samathuva Makkal Katchi, Tamil Nadu Kongu Ilangyar Peravai, Tamil Manila Muslim League and Mukkulathor Pulipadai have all been allotted one seat each and Manithaneya Jananayaga Katchi, a splinter outfit of MMK has been given two seats.

Jayalalithaa held talks with them prior to the announcement.

On the other hand, AIADMK's rival Dravida Munnetra Kazhagam, which just concluded seat-sharing with Congress and smaller allies, is expected to announce its candidates later.

Deciding to go solo, AIADMK also named candidates for all the 30 constituencies in the neighbouring Union Territory of Puducherry including seven seats in Kariakal, Mahe and Yanam.

Seven candidates were also named in Kerala by the party in regions close to Tamil Nadu.

AIADMK had won a few seats in such areas in the civic polls held last year. 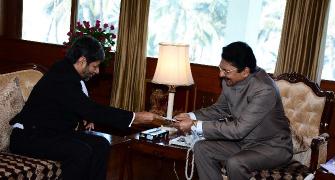 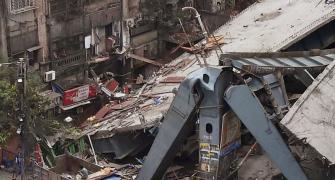 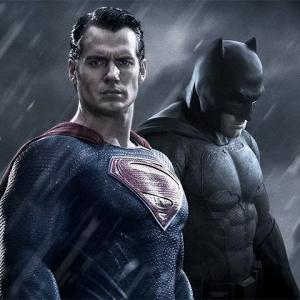 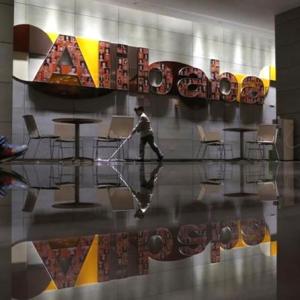