After Maya statue incident, BSP demands Prez rule in UP

Source: PTI
July 27, 2012 14:42 IST
A day after a statue of Bahujan Samaj Party supremo Mayawati was vandalised in Lucknow, a party delegation on Friday met Uttar Pradesh Governor B L Joshi and submitted a memorandum to him urging imposition of President's rule in the state in view of the "jungle" and "goondaraj".

In the memorandum submitted by the BSP delegation led by leaders of Opposition in the Legislative Council and the Legislative Assembly Swami Prasad Maurya and Naseemuddin Siddiqui respectively, the party urged the governor to recommend President's rule for establishing peace and rule of law in the state in view of the prevailing "jungle" and "goondaraj".

The delegation also demanded a judicial and high-level inquiry into the incident so that the conspirators and those giving them shelter could be exposed. They also said that stern action should be initiated against the culprits under the SC/ST act and NSA.

Demanding adequate security as was extended earlier at all the memorials and museums in Lucknow, Gautambudhnagar and Noida the delegation said the incident had raised questions about the rule of law. They also alleged that those responsible for the incident had fled from the scene after damaging the statue and have not been arrested so far.

This incident not only proves the incompetence of the government but also indicates the impunity of unruly elements in the state, they said, adding a new marble statue should be erected in its place at the earliest.

The new state president of the BSP, Ram Achal Rajbhar was also among those who met the governor. 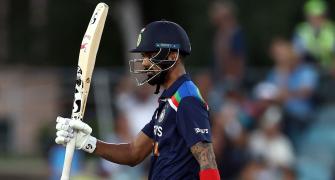