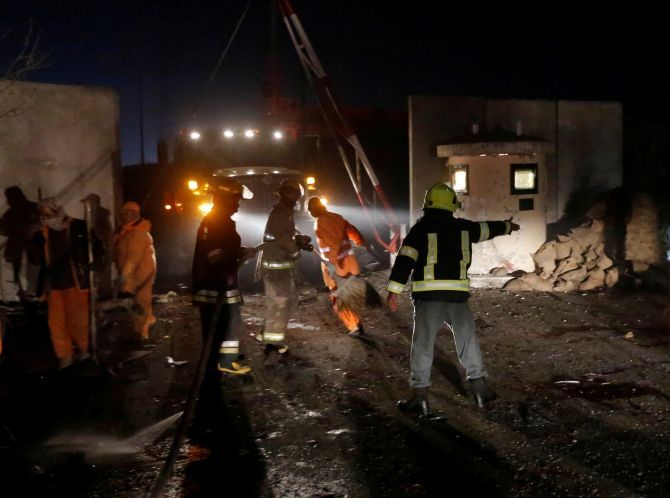 In multiple terror attacks on Tuesday in the Afghan cities of Kabul and Kandahar, at least 32 people were killed and scores were injured, including the governor of Kandahar and envoy of United Arab Emirates.

Kabul was rocked by twin blasts near the Afghan Parliament in which at least 21 people are killed and 45 wounded.

Taliban insurgents immediately claimed responsibility for the bombings, which struck as employees were exiting the parliament complex.

In another attack in Kandahar late in the evening, 11 people, including four Arabs, were killed, Afghan media reported on Tuesday.

Governor of Kandahar province was also injured in the attack, whose is said to be in a critical condition, the Afghan media reported.

No group claimed the responsibility of the attack till reports last came.

Prime Minister Narendra Modi strongly condemned the terror attacks and said India stands with Afghanistan in its fight against terrorism.

‘Strongly condemn the terror attack in Kabul & condole loss of innocent lives. India stands with Afghanistan in its fight against terrorism,’ he tweeted.