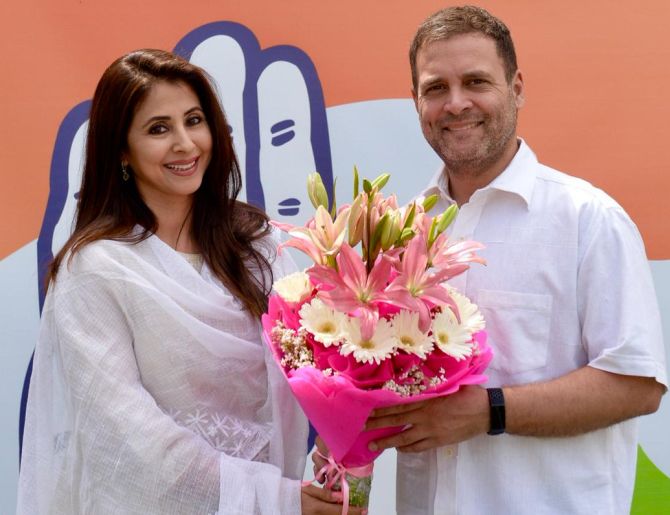 Actor Urmila Matondkar on Wednesday joined the Congress after meeting party chief Rahul Gandhi at his residence in New Delhi.

Gandhi welcomed her in the party fold and wished her the best.

Later, at a press conference, Congress chief spokesperson Randeep Surjewala said the actor will contribute in spreading the Congress ideology and strengthening the party.

"I am here because I believe in the ideology of Congress and what the party stands for. I have not joined the party for the sake of elections," she told reporters.

"I am here to stay," she said, adding her entry in the Congress was not about elections.